EMBS (don’t make us spell it out for ya!) Ep. 6 talk as of July 7, 2020! If you want to get these episodes as soon as they come out become a Patreon patron! It’s a round robin of rancor, resentment, real-talk and respect as the guys Sound off with spoilers on…

This week the guys discuss and debate who Batman is and who he should be. Plus they try to decide if Rorschach from Watchmen is a hero or not. Plus the bring you nerd news, their reaction to the finale Rise of Skywalker trailer and an interview with writer/actor/producer Chris Jaymes! Plus with so much more, please sit back, relax and enjoy!

This week the guys discuss all the latest Marvel and DC news you need to know. Like Iron Fist being cancelled, Chuck Wendig fired from Star Wars, Jason Bannon cast as Alfred in Pennyworth and the Secret Six gets pilot order from CBS. All this plus interviews with Scott Hanna and Thom Zahler. So sit back and enjoy! 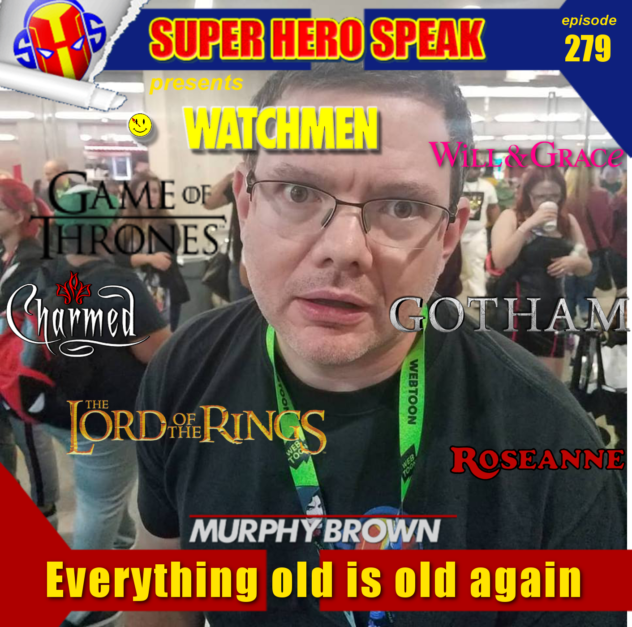 In this episode the guys talk about the latest Marvel and DC news like Wolverine’s new costume, Tim Miller’s ideas for Deadpool 2 and who is rumored to be the front runner to plat Green Lantern. Plus social media shout outs and fan questions. Finally the guys bring you an interview with author Maxina Storibrook, enjoy! 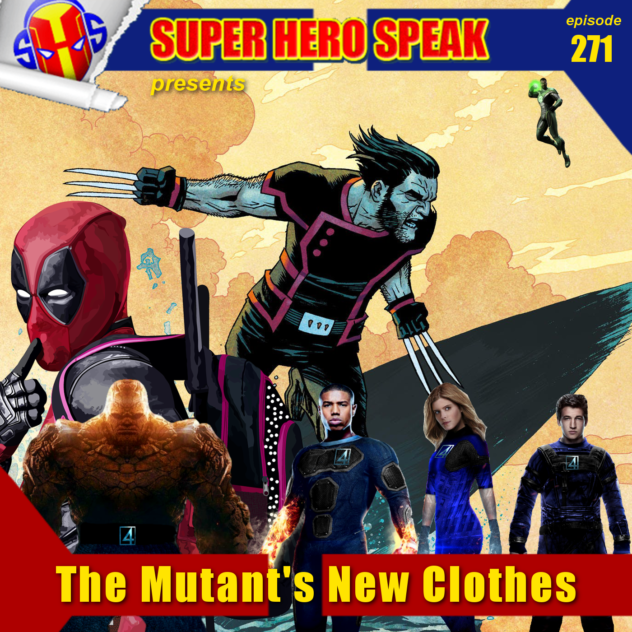 How Much Is Too Much?

For the March on-location recording at Heroes Aren’t Hard to Find in Charlotte, NC, the topic of discussion is comics adapted into movies and television series (especially superhero properties), and if we’re about to reach the point of oversaturation. Joining Derek in the conversation are shop customers Zyg, Jack, Jesse, Erica, and Christian. All of them are fans of superhero film and TV, and each brings a unique perspective to the discussion. And, as expected, everyone varies in their opinions on how much is too much when it comes to superhero adaptations. Among the various movies and series they discuss are Black Panther, the Iron Man series, Watchmen, The Crow, Justice League, Tim Burton’s Batman, Gotham, the various Netflix series, and Marvel’s Agents of S.H.I.E.L.D. They also talk about non-superhero comics adaptations such as Lucifer, iZombie, Ghost World, and, of course, The Walking Dead. And toward the end of their conversation, everyone expresses her or his own wish list of other properties that could be adapted into television series or films.

This episode we discuss the Disney/Fox buyout, the state of the comics industry and more before getting into our main topic.

Topic Time: What Happens to the Marvel Cinematic Universe When All the Original Actors’ Contracts Are Up?

All this and more in this brand new episode of… ZONE 4!

On this podcast we talk about the John Cena / Watchmen rumor and the Avengers: Infinity War trailer. Then we review The CW’s crossover Crisis on Earth-X event. All four shows! Did they get it right this time? Was it better than Justice League? Listen in!

What did you think of Crisis on Earth-X? Head over to our podcast Facebook page and let us know.

Ryan and Allen got together to give their initial thoughts after reading Doomsday Clock #1. Just a very short session to get their thoughts off the chest. Thanks for listening!

For the past several decades there have been a lot of comics, movies, and other fiction involving “bad futures”, with lots of poverty, violence, environmental destruction, and the like. Why has this genre been so appealing to so many?

In this episode, Emmet O’Cuana talks with Mark Hobby about why this genre endures and how Mark has approached it in his own comic, Job Dun: Fat Assassin. They also discuss why British writers have led the pack on bad future stories, how Watchmen and the X-Men fit into the discussion, why sex in media seems to upset some people more than violence, and more.

This week the guys sit down and bring you a round of Stump the Geek. It’s an all Batman edition, wonder who will take the prize. Plus the guys discuss their plans for NYCC and how they would write a Batman solo film. Plus Marvel and DC news. All this and so much more, so sit back and enjoy! 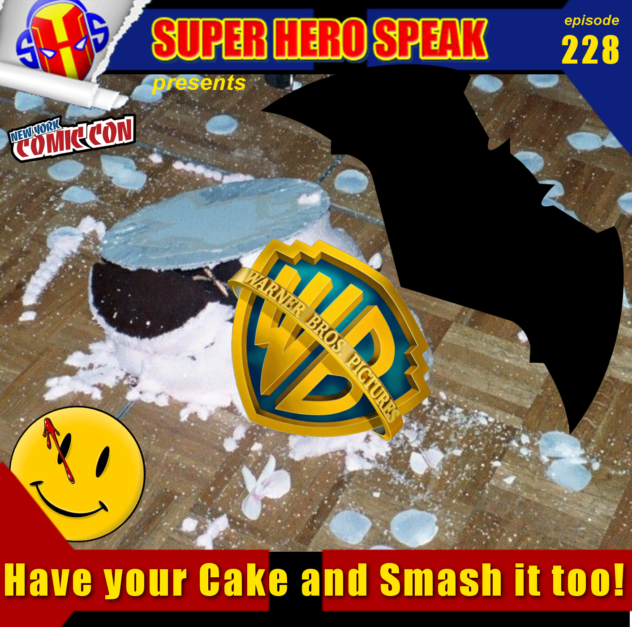 Comic News Insider: Episode 778 is now available for free download! Click on the link or get it through iTunes! Sponsored by Dynamic Forces.

Jon Hoche returns after a week off to the rotating co-host chair! More Heroes Con coverage this week as well. Jimmy chats with Cara McGee (Over the Garden Wall) at her table at Heroes Con and learns about her fascinating life as a cartoonist, former pastry chef, how she taught herself Japanese to read manga, creating tea blends and more! News includes: a Watchmen television series is in development, Ron Howard takes over directing duties on the Han Solo film, the Bumblebee solo film may see him in his original VW Bug form, and more! Leave your iTunes comments! 5 stars and nothing but love! Also, get a hold of us!

Jimmy is joined in studio by Jon Hoche and Tess LaCoil in the rotating co-hosts chair. Jimmy just returned from TCAF and has lots of stories to tell! He got many an interview and moderated 2 panels that you will hear over the next couple of weeks. News includes: Superman will go up against Dr. Manhattan in Doomsday Clock, a live-action Judge Dredd show is on the way, Donald Glover is showrunning an animated Deadpool series, the Disney Channel is making a musical about zombies, Green Lantern may be in the Justice League movie, Reggie Mantle has been recast in Riverdale and more! Leave your iTunes comments! 5 stars and nothing but love! Also, get a hold of us!

Comic News Insider: Episode 759 is now available for free download! Click on the link or get it through iTunes! Sponsored by Dynamic Forces.

Jon Hoche and Emily Edwards join Jimmy is this super fun episode! They chat about the Doctor Who casting rumors and the new Star Wars: The Last Jedi trailer. Jimmy attended the amazing American Gods press junket hosted by Starz and got some great roundtable interviews! Here, you’ll hear the awesomely talented and funny Kristin Chenoweth. Later this week and next, you’ll be able to hear the rest. The show is absolutely astounding and you all should check it out when it debuts on April 30th! News includes: Warner Bros. is making an R-rated animated Watchmen film, Jude Law will be a young Dumbledore in the Fantastic Beasts series of films, Shea Fontana will take over writing Wonder Woman, Dan Parent is bringing his updated classic Archie style to a new comic series, Captain Phasma gets her own comic and more! Leave your iTunes comments! 5 stars and nothing but love! Also, get a hold of us!