At first glance, Ultimate Marvel’s “Ultimate Galactus Trilogy” is an exciting read, a page-turner, and, if a one hundred thousand mile long swarm intelligence scares the bejesus out of you as it does me, the cause of a few nightmares.

I can count on one hand the number of times I experienced the inability to put a comics series down before I finished the whole thing, and I am happy to count  “The Ultimate Galactus Trilogy” among those times along with Y, THE LAST MAN, THE WALKING DEAD, and ULTIMATE X-MEN.

“The Ultimate Galactus Trilogy” is a set of three limited series runs ULTIMATE NIGHTMARE, ULTIMATE SECRET, and ULTIMATE EXTINCTION. Each limited series is written by Warren Ellis with various artists. At its best, “The Ultimate Galactus Trilogy” flawlessly flows from issue to issue, making it near impossible to stop until the entire trilogy is finished. Sometimes, a slew of different artists working on a singular story can cause disjointedness but, instead, the art in each limited series worked in perfect tandem with the writing, enhancing it through epic cinematic visuals while capturing the most personal of moments between characters.

While being an amazing read, “The Ultimate Galactus Trilogy” is not without its flaws. While it seemed to perfectly encapsulate and even enhance the humanity of characters like Captain America, Nick Fury, Tony Stark, Reed Richards, and Thor by exploring their flaws and intellectual and emotional limitations, for those of us who tend to root more for the female characters, we were left wanting in the cases of Jean Grey, Susan Storm, and Black Widow. That being said, the depiction of Carol Danvers throughout the story is hilarious when it needs to be without losing the seriousness of the character who climbed the ranks through the American Military Industrial Complex.

In the 89th episode of the ComicsVerse Podcast, ComicsVerse Marvel Section Editors Kat Vendetti and Alex Bisignaro join CEO and host Justin Alba, Columbia University Ph.D. student Nolan Bensen, and ComicsVerse X-Men writer Marius Thienenkamp for a discussion of “The Ultimate Galactus Trilogy” that examines themes of extraterrestrial life science, religion and Galactus as the un-creator, gender and sexism, and the role of government in Ultimate Marvel’s comics.

The discussion may be heavy, but a fair share of lighter funny moments did arise. After all, this is the ComicsVerse Podcast. Would you expect anything less than to laugh your butts off while learning a lot?

This podcast is also available on iTunes, iHeartRadio, SoundCloud, Spreaker, and Stitcher!

I talk about the Marvel comics that are on my pull list, including:

Please send your comments to longboxreview@gmail.com, chat with me@longboxreview on Twitter, or visit longboxreview.com. Please subscribe, rate, and review the show via iTunes.

In this episode we review Marvel Comics Avengers Books books of November 2015.

Dylan and John sit back, eat some popcorn, and watch the end of the Ultimates universe…. or do they? Join us as we look at this story and discuss the events as well as possible fallout from the event.

Join us on September 28th for our next story Aguaman – Triton Saga from DC Comics.

The week in which we didn’t screw up and forget an issue.

Comic News Insider: Episode 519 is now available for free download! Click on the link or get it through iTunes! Sponsored by Dynamic Forces.

Jimmy gives a quickie solo episode as there is a lot of reviews and TONS of great news to cover. News includes: Image Expo announcements (new titles from such names as Kelly Sue DeConnick, Scott Snyder, Matt Fraction, James Robinson, Jock, Brandon Graham, etc), Marvel news includes the relaunch of the Ultimate line, Peter Parker back from the “dead”, Bill Paxton joins the S.H.I.E.L.D. TV show, Michael Douglas cast as Hank Pym in Ant-Man movie, DC news includes the return of Wally West, NBC has ordered a pilot for Constantine from David Goyer, upcoming Gotham series will be a Batman origin story after all, Star Wars: The Clone Wars will get an ending in comics from Dark Horse, Disney’s Frozen is coming to Broadway and San Diego Comic Con changes their badge purchasing policy. As always, Listener Feedback, Top 3 and more. Leave your iTunes comments! 5 stars and nothing but love!

Our first episode of 2014 is the Marvel crossover event titled the Age of Ultron. This was published in 2013 and involved the Avengers, time travel, and the sentient robot Ultron. Who will survive this indomitable foe? Tune in and find out. This is the dawning of the Age of Ultron. 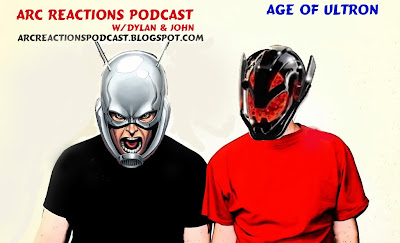 – Lots of characters are killed

– Do we care that these characters die?

– B/C they die so quickly and easily, do we know that this reality will be fixed so that the character remains alive?

Our next podcast will be January 19th and it will be a surprise. Be sure to check back to see what story we cover that time.

We look forward to hearing from you and thanks for listening.

Joshua joins us to talk about his creator owned project The Bunker. Joshua shares the reasons why he decided to do the project digitally only first and how it got to Oni press. Also what he has cooking up in the Marvel Ultimate universe with the current event Cataclysm which will define what the fate of the Ultimate universe line will be. Plus for the Dark Horse superhero line Skyman. twitter @JoshFialkov thefialkov.com You can also hear the show on Stitcher http://www.stitcher.com/ This podcast is sponsored by Friendly Neighborhood Comics http://friendlyneighborhoodcomics.com/ Discount Comic Book Services http://www.dcbservice.com/index.aspx Instock Trades http://www.instocktrades.com/ Join us on the forums at http://www.forumforgeeks.com http://thetaylornetwork.wordpress.com/ Leave us email by putting the show you are commenting on in the heading thetaylornetworkofpodcasts@gmail.com You can also join us on the Facebook group TaylorNetwork of podcasts Also we ask that if you have some time leave us a rating and or ITunes review because that helps us greatly to promote the show.

Ever look back at AVENGERS, the movie and wonder how it all started? Sure, some aspects of the film originated in the birth of the AVENGERS comic, but it was Ultimate Marvel’s (now Ultimate Comics) ULTIMATES that was the real basis of the AVENGERS film.

In part four of our four part series of “Comics We’re Thankful For,” ComicsVerse delves into ULTIMATES and the psyches of Captain America and the Hulk among other characters like Black Widow and Hawkeye. Should Captain America have visited his 1940’s love, Gail? Do you understand why she refused to see him? How was the Hulk portrayed similarly in the film and the comic? All this is discussed and more in our latest podcast. That’s what we think about it, what do you think?

In this episode we have returning guest Sam Humphries to talk about his current run Marvels the ULTIMATES and the upcoming Marvel Now comic UNCANNY XFORCE we also talk about the return of his creator owned comic SACRIFICE. http://www.samhumphries.com We are now on Stitcher Radio This podcast is sponsored by Friendly Neighborhood Comics http://friendlyneighborhoodcomics.com/ Discount Comic Book Services http://www.dcbservice.com/index.aspx Instock Trades http://www.instocktrades.com/ Join us on the forums at http://www.forumforgeeks.com http://thetaylornetwork.wordpress.com/ You can also join us on the Facebook group TaylorNetwork of podcasts

Join the Freaks and COMIC COHORT Michael Bailey as they munch popcorn and Combos and talk all the way through ULTIMATE AVENGERS with their mouth’s full! Six years before Joss Whedon’s little sleeper film there was a cartoony smash ’em up with many of the same elements and the Freaks figured, “What the hell, let’s jump on the bandwagon!” Seeing how Chris had to read 13 GODDAM COMICS in the Ultimates series, we might as well make him watch the movie, too! And guess what? – INTERDIMENSIONAL NAZIS!