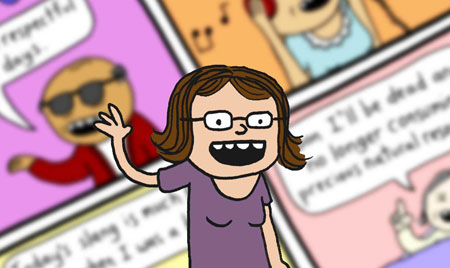 This week, Tim talks with with cartoonist Joey Alison Sayers. She’s done work for MAD magazine, the San Francisco Bay Guardian, the Nib, GoComics and more, plus a couple of books about her coming out as transgender. Why did she disappear for a few years? Why did she come back to comics? Plus the best advice she knows for new creators, and more. 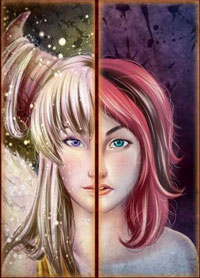 A transgender person (identifying as a woman) attempts suicide in a bathtub. Then an angel appears! The woman’s wrists are healed and the angel shows her how her life could be better. A comic whose heart is in the right place, but could use some adjustment in its delivery. Tim and Mulele discuss Trans-planetarium, but Flip Knox, John Amberia, and Shallamar Muggott; and also look back on Mulele’s just-completed Kickstarter project.