In a future where the line between reality and fantasy, man and machine are blurred… no one seems to know what is really going on. Do androids dream of Martian mutants? On this Rekall journey two nerds discuss Blade Runner: The Final Cut and Total Recall (1990) before pitching several different cuts of a Philip K. Dick-iverse!

Ep 28: Eric felt like someone broke his neck so it took two days to record this episode.  This week we learn that Brenden Fletcher and Peter Tomasi may actually like Jim and Eric, but Jim and Eric don’t like Grant Morrison and Jesse Eisenberg.  Of course, they talk about all the DC books and news that came out this week.

Books Reviewed: Justice League #42, Superman/Wonder Woman #18, Martian Manhunter #2, Black Canary #2, Robin: Son of Batman #2, Injustice: Year Four #11, Harley Quinn #18, Doctor Fate #2, Secret Six #4, Batman: Arkham Knight #22, Green Lantern: Lost Army #2 and Doomed #2
News: Flash and Arrow Casting, Peter Tomasi on Detective Comics, Grant Morrison hates the new Wonder Woman and Jesse Eisenberg doesn’t think SDCC was genocide
Click HERE to check us out on iTunes and be sure to give us a quick review
If you want to send us mail, send it to weirdsciencedccomics@gmail.com and remember, we will read EVERY one on the podcast.

Comic News Insider: Episode 568 is now available for free download! Click on the link or get it through iTunes! Sponsored by Dynamic Forces.

Jimmy has to go to a remote CNI studio SO far away to join co-host Emily Edwards. They chat about Outlander, finishing Spartacus: War of the Damned, the recently released Popeye animated test, Supergirl ordered to series on CBS, and wish the best to Jeremy Atkins leaving Dark Horse Comics to pursue some beery adventures! News includes: Alison Bechdel is a genius, Nick Frost spends Christmas with Doctor Who, Fox delays Fantastic Four but greenlights Deadpool film and Florida woman ALLEGEDLY adds 3rd breast ala Total Recall (she didn’t). Leave your iTunes comments! 5 stars and nothing but love! 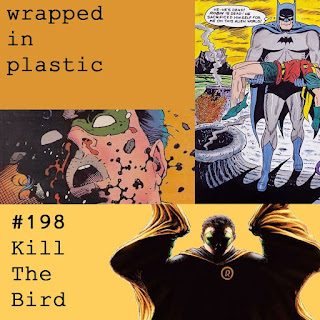 On this episode I talk new books, review Total Recall & look at the deaths of Robin through the years.
Wrapped In Plastic Podcast
My Twitter
My Blog
W.I.P. @ Comics Podcast Network
W.I.P. @ ITunes 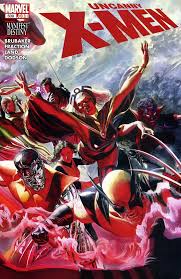 This month, The Freaks begin with a blabfest about brain video and blowing things up in Saint’s Row 2. Then, they buckle down and actually discuss….. COMICS! Specifically Saga Of The Swamp Thing #10 and The Walking Dead #14! There are hijinks galore!

PLEASE NOTE:
This episode is a rerun that originally aired September 29th, 2008.

Episode 8 – Trailer Trash Talk
In this classic and much more free-form show, The Freaks discuss the teasers and trailers for such then-upcoming films as Frank Miller’s “The Spirit”, “TR2N” (now retitled “TRON: Legacy”), “Terminator: Salvation” and the remake of “The Day The Earth Stood Still” among others.

Chris throws one of his best on-air fits ever all about garage sale etiquette and Scott invents the phrase “hobby raping”. Add some Firesign Theatre, the Justice League roll call, and a trip to the Freak Museum and you it’s easy to see why this is one of the Freaks’ most beloved episodes.

The song featured in the Freak Museum segment is “Our Song” by Roger Waters from the soundtrack to the movie “The Body”.