Chris pulls an April Fool’s trick with this episode of Comics in the Silver Age, covering the introduction of SHIELD from Strange Tales 135.

Ian, Brent, Jim Dietz, Darrell Taylor, and some Brandon discuss all things 2015 comic book TV! We talk Flash, Supergirl, Gotham, Arrow, Agents of S.H.I.E.L.D. and more! We tell you what we are thinking of the current seasons of these shows as well as where we think they are going or should go. SPOILER WARNING if you are not up to date, but even if you aren’t, it’s okay because we recorded this prior to Thanksgiving. So more like SPOILER WARNING for up to two weeks ago!

As always – we are sponsored by the newly redesigned DCBS! That’s right! Discount Comic Book Service! All comics from major publishers like Marvel, DC, Image and Dark Horse are 40% off or more. And hardcovers and trade paperbacks from Marvel and DC are at least 50% off! Plus, be sure to check out their Comixology digital storefront for even further savings! And be sure to check out Kris’ Tumblr at Garak’s Clothiers for some excellent cosplay shots and geek fashion.

In this episode we review the Avengers books books of April 2015. In this episode we review the Avengers books books of January 2015.

In this episode we review the Avengers and Axis books of books of December 2014.

RBDHB Mark Waid Interview BCC 2014
My personal favorite interview I did at Boston Comic Con, I got the chance to interview the ever great Mark Waid! We talk Daredevil, Thrillbent & the new Agents of Shield comic!

For the video version of this interview:

For the Podcast version of this interview go here-

Captain America: The Winter Soldier marks the ninth film in the Marvel Cinematic Universe and boy do we have things to discuss.

Please watch the movie first before listening to this podcast as we do talk freely about the events in the film and do not want to spoil anything for you.

Our next podcast will be April 13th with part 1 of The Watchmen from DC Comics.

It will become obvious soon into this episode that Doc Fluxx is in some serious trouble. The insolence of certain other members of the Rhymes With Geek Network who had recently vowed to serve the master has not gone unnoticed, and his potentially maleficent lord of lords is even less pleased with the incident that caused Father Shepherd to be trapped between dimensions.

Fear not, however! We are getting this supreme mothership of other lesser flagship podcasts back into order, and the Professor and your good doctor have some comic talk in store. Join us as we aim to improve our operation and impress upon you the appeal of our steadily growing cult.

RSS FEED IT!
Music by Doc Fluxx, Black Tie Dynasty, Free Use stuff. If you like the music totally seek it out and buy it.

Coulson lives! The first installment of our companion podcast to Real Books Don’t Have Batman, where we discuss each episode of Marvel’s Agents of S.H.I.E.L.D. on ABC.

Tony Stark goes crazy, attacking his allies and villains alike in a quest to recover his technology that he fears will fall into enemy hands and be used for evil. Does this arc work as a story or will it fall flat on its face. Join Dylan and John as they give their opinions on the good, the bad, and the interesting things from this classic Iron Man tale from 1987 and 1988. 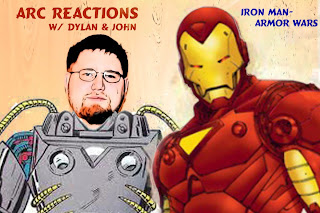 Our next comic arc will be Wonder Woman -Gods and Mortals. This will be released on Sept. 8th.

We still haven’t caught Kony yet, but THAT doesn’t mean we can’t soothe you with our golden barbershop voices!

Onward with the bollocks!

G Money’s impression of Anthony Mason and other unknown people

It all turns into an ouroboros of vomit and shit

Dazzler joins S.H.I.E.L.D. (and should date Booster Gold but that will never happen!)

Xbox One announced to mixed reviews and a losers bouquet of crappy release titles!

We are joined by comic writer and artist Jonathan Hickman well known for such runs as The Nightly News, Pax Romana, Shield and most recently Image Comics Manhattan Projects as well as for Marvel Avengers and New Avengers. We talk to Jonathan Hickman about his start in comics and what to look forward to in his creator owned as well as his mainstream work. We also talk about his creative process. http://www.pronea.com/work/ We are now on Stitcher Radio This podcast is sponsored by Friendly Neighborhood Comics http://friendlyneighborhoodcomics.com/ Discount Comic Book Services http://www.dcbservice.com/index.aspx Instock Trades http://www.instocktrades.com/ Join us on the forums at http://www.forumforgeeks.com http://thetaylornetwork.wordpress.com/ You can also join us on the Facebook group TaylorNetwork of podcasts Also we ask that if you have some time leave us a rating and or Itunes review because that helps us greatly to promote the show.