On this interview episode, Sterg talks with Liz Prince about her latest books, Look Back and Laugh (Top Shelf Productions) and the colorized Be Your Own Backing Band (Silver Sprocket), as well as several of her past publications. Over the course of the conversation, Sterg talks with Liz about self publishing, writing for certain age-appropriate audiences, the influences of music, her international reach, as well as many of her previous works. 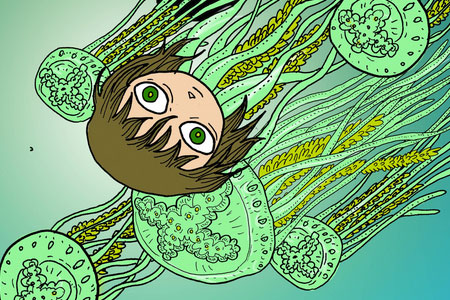 Many of us are good at making our work (comics, podcasts, what have you), but not good at putting it out there, letting people know it exists. Mulele has been advising his friend Oscar, creator of the comic Kai (discussed in Critiquing Comics #100), on using social media and on choosing the best presentation style for a given book. This week, Tim talks with Oscar about his opening foray into comics, and Mulele talks about designing books and finding printers that can produce what he envisions.

Yes, somehow it’s been ten whole years since Tim, Brandon, and Mulele sat down together and recorded the first episode of Deconstructing Comics! Rather than get the gang back together again, this time we present eleven past DCP interviewees all answering the same question: “Name an important development you see happening in comics now, good or bad, and say why you think it’s important.” Tim gets answers to this question from Stephen Bissette, Shaenon Garrity, Dan Jurgens, Chris Bachalo, Natalie Nourigat, and many more! (see entire list below)

END_OF_DOCUMENT_TOKEN_TO_BE_REPLACED 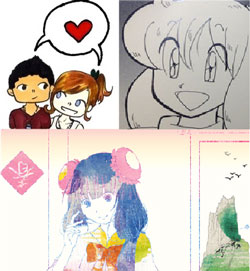 What are some advantages and disadvantages of comics as a medium? How can you show lack of motion in a comic? Is the lack of sound in a comic ever an advantage? How do you keep yourself going when you’re afraid that your work isn’t good enough? This and more this week with three Tokyo-area artists: Grace Mineta, who’s having considerable success with her Texan in Tokyo comics and YouTube channel: Pei-in Wu, a Taiwanese artist who’s juggling comics with a day job; and Yu Ohmura, who self-publishes comics about his travel experiences.

Some samples of Yu Ohmura work: 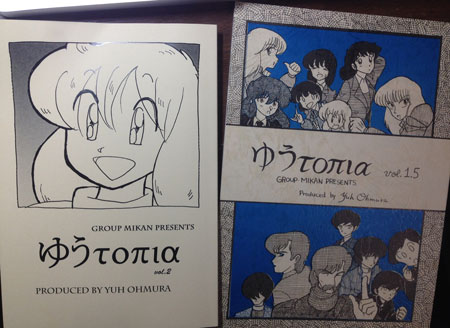 On the left side of the photo below is the girl falling in the snow, described by Yu during our discussion of showing movement (or lack thereof) 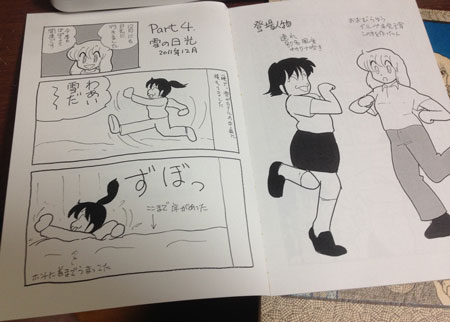 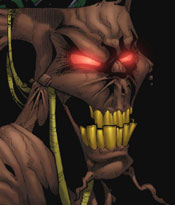 Tim and Mulele look at Headshrinker’s Press Presents #1, an anthology book with stories of various genres, stories to amaze and confound. Especially confound. 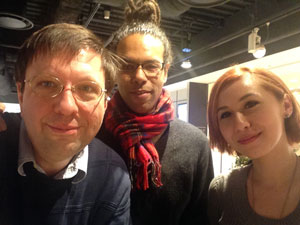 Irene of Studio Revolver stopped through Tokyo recently! In this episode, she chats with Tim and Mulele about displaying work at conventions, and how conventions are changing.

FLASHBACK! Tim takes a week off (mostly) while Kumar and Mulele take over! They’ve been hard at work making, publishing, and promoting their Web comic, Weird Crime Theater. What all does that entail? Glad you asked! The guys fill us in. 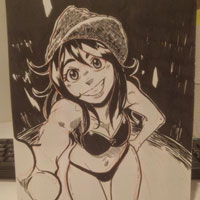 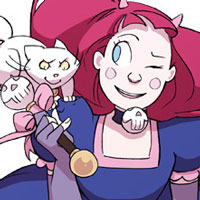 Sometimes simplicity is best. Just take a look at the work of Graeme McNee, a Scottish/South African who makes his home in Kobe, Japan. With just a few lines, sometimes a complex idea or story can be communicated. This week Graeme talks to Tim about how he got into doing comics and developed both his simple style of drawing and his distinctive way of publishing them.

Comics conventions are changing. Some creators complain that it’s harder to sell books at cons than it once was. Distractions — cosplay, Hollywood — creep in and attract larger crowds, but don’t increase comics sales at the events. Having attended Boston Comicon in August, Paul shares the experience with Tim, and discussion ensues on problems that cons face going forward.

Paul did buy a couple of indy books in Boston, and we discuss them: 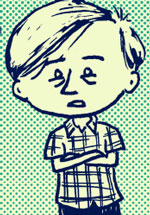 Ian MacMurray‘s Square #11 is a tour de force of autobiographical cartooning, eschewing chronology, switching up styles, and closely observing himself and the things and people around him. He digs deep within himself and still makes it a fun read. Tim and Mulele discuss. 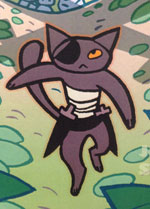 Tim came back from his Tim Across America trip with an assortment of comics, including a couple from the New York Aspiring Comics Creators Club, and trove of self-published books that he bought at Isotope Comics, including one about a feline pirate captain. This week, he and Mulele read through those comics and review them:

Jerks in Space #1 by John Karnes

Tim and Mulele discuss more comics Dale sent us from L.A., including “Jingles are for Losers” by Jared Samms; “Dark Mouse” #6 and “A Mouse to Sea” from Nathanial Osollo and Evan Spears; “Start Your Day with a Smile” from Amanda Millar; “Deadeye” and “The Gifted” by Nathan Gooden and Damian Wassel; and Thi Bui‘s “Labor” and “Backwards”.

Also in this episode: science, religion, literature, and pop culture battle it out in Tom Gauld’s “You’re All Just Jealous of my Jetpack“!

A man is kidnapped from his home and taken to a secret facility, where a mysterious pale man tells him he’s in deep trouble for supposedly committing serious crimes. In fact, a fellow prisoner tells him, he — and they — “fit the profile.” For what? Is keeping your audience in the dark, as in Chuck Amadori and Ruvel Abril’s Pale Dark, about the plot the best way to draw them in? Tim and Mulele discuss. 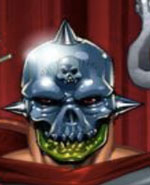 Listener Aghori Shaivite asked us to look at his comic, Super Inc. Villians’ Edition, which explores the lives of the villians he has created for his superhero comics. Unfortunately, Tim and Mulele have identified a number of problems with the writing…