Welcome back, guys! This week we escape with Batman and Jack Burton, fight for the honor of Hydra, and see a movie. Doctor Strange was awesome so we talk about it. Enjoy.

Check out our latest episode!

We have story arc setups and more in this weeks episode. We also review a couple of the newest movie trailers and a long awaited game trailer. Thanks for giving it a listen.

http://creativecommons.org/licenses/by/3.0/
Check out our latest episode!

This week I will be reviewing Red 2 and I will talk about the series it was based on. Also I will discuss where I would like to see the franchise go from here in future movies. Enjoy!

This week I had some down time so I get a chance to review Safe House in detail. I also, go out of my comfort zone and try something different with the BBC show Sherlock. I discuss and review the first season of that show in detail, plus I will go over my top five spy movies. Enjoy!

Disenfranchised by the modern comics industry, Scott Gardner and Michael Bailey (of “View From The Longbox” and “From Crisis To Crisis: A Superman Podcast” fame) now ply the timestream in a never-ending quest to re-discover and re-connect with that unique brand of fun and excitement that can only truly be found in good ol’ fashioned randomly-selected Comic Book back issues!!  Journey with them now…back…Back To The Bins!!

The Backroom crew tackle the December 2010 comic preview guide and look back at the year in comic based movies and TV.

Additional, we put together a last minute Christmas shopping guide: 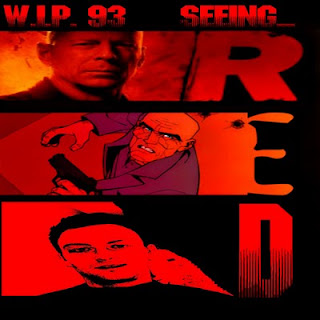 In this double-feature episode, I’m joined by Art (Television Division) to talk about RED, then Pat Loika (Dial-R Studios) to talk about Jackass 3D. Spoilers!

In this special episode, I interview writer extraordinaire John Layman. We discuss influences, his experience as an editor at WildStorm, and the monumental success of CHEW from Image.

When Chris has had a hard day at work, or his girlfriend has dumped him and hooked up with that stupid drummer or his rent is late and his dog died- he likes to share his pain. He does this by subjecting himself to horrible media and then bitching about it. It doesn’t really make Chris feel any better, but Chris has heard that it’s pretty entertaining to other people. Would you like to listen? Good, because here it is. This time it’s a truly mutant episode. Chris has seen probably the most evil, dangerous and transgressive film ever -A Serbian Film (Srpski Film). It is the first and hopefully the last time you see a film that Chris actually LIKES on this show. But just because a film is incredibly well written, acted, shot and directed,doesn’t mean it can’t also be INSANELY PAINFUL! Chris was so traumatized that he found another Chris to watch this film and commiserate with him. Who is this brave soldier? It’s Chris Tyler, the legendary and wise HAIR METAL HERO! WARNING WARNING WARNING! There is some strong, STRONG ADULT CONTENT in this podcast. Lines you never knew existed get crossed!