Tim and Mulele finish up their look at Irrational Comics’ 2018 PITCH page with L.J. Bell’s The Goodes (a superhero/kid-dealing-with-parents’-divorce tale) and Julian Dominguez’ Undergrown (exploring the idea of an earth with no humans on its surface). Irrational Comics gives each writer eight pages to rope readers into his or her tale; did these writers make the best use of the eight pages? Who won this year’s contest?

Also, Mulele fills us in on his new Kickstarter project!

On this episode of The Comics Alternative‘s manga series, Shea and Derek discuss two recent publications that, in one way or another, explore a post-apocalyptic world. They begin with a classic, the first volume of Yukito Kishiro’s Battle Angel Alita. Kodansha Comics has recently started to release this legendary cyberpunk series in nice deluxe hardbound editions — the second deluxe volume is due for release in late February — and the guys are excited that the title is back in print. Neither Shea nor Derek was familiar with Battle Angel Alita before, outside of hearing about the upcoming James Cameron/Robert Rodriguez film adaptation due out in 2018, but now both are hooked. In their overview, the guys highlight the kinetic quality of the illustrations, the ways in which Kishiro contextualizes even his most nasty characters, the complexities (and embedded mysteries) of his storyworld, and the ways in which he visualizes the title character…which, for Shea at least, is a little problematic.

Next, they look at Abi Umeda’s Children of the Whales, Vol. 1 (VIZ Media). This is another post-apocalyptic narrative — at least the guys think things are set in a post-apocalyptic world — and the storyworld that Umeda maps out is quite complex. In fact, as Derek suggests, there are so many nuances in this first volume that the story runs the risk of toppling over due to sheer ambiguity. However, the author is able to maintain a comprehendible balance in her tale, although several passages may require more than one reading. There are a lot of questions posed in this book, and while Derek is willing to continue on in future volumes to get the fuller picture, Shea isn’t as enamored of the story. While he admires Umeda’s art, he feels that the story’s premise, especially as it relates to the Committee of Elders, may be a bit too predictable. Still, Derek feel that the volume is worth checking out.

A story from 1978 that introduces many elements into the Judge Dredd canon that endure to this day. It is also the first long form story for the character. We talk about the story, the social commentary, and the possible origins of the Jurassic Park novel in this episode. 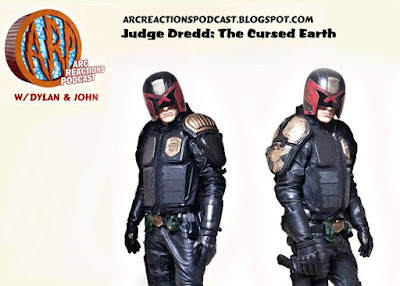 Our next podcast will be our review of the Batman V. Superman film on March 27th. Our next Bat Books For Beginners episode will be Orpheus Rising on March 15th. 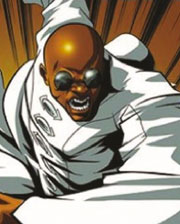 Bayne: Legacy Apocalypse, from Silver Axe Comics, features an axe-wielding Morpheus-from-The-Matrix type in a post-apocalyptic California battling mutants or vampires or what-have-you. Jay Reed’s art is much more than serviceable; it’s quite nice. Chyna McCoy’s script, however… well, listen to find out what Tim and Mulele have to say about it. 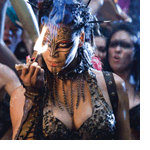