Putting on the Evening Gown and Tuxedo

On this episode of the Comics Alternative Young Readers Show, Gwen and Paul detail the three categories of the Eisner Awards that focus on children and teens:

In addition to reviewing each nominated text, the duo refers listeners to The Comics Alternative archives for the shows that reference these nominees: Good Night, Planet by Liniers; Nightlights by Lorena Alvarez; The Dam Keeper by Robert Kondo and Dice Tsutsumi; and Monstress by Marjorie Liu and Sana Takeda.

Paul and Gwen use this episode to launch a general discussion of age designations and categorization of children’s and YA comics, and they reference the art of Bolivian painter and lithographer Graciela Rodo Boulanger, whose depiction of children resembles that found in Campbell Whyte’s Home Time. So, won’t you pour yourself a chilly beverage, kick back, and give a listen to the two PhDs — more on Paul’s recent doctoral graduation from University of California-Berkeley will appear in the June podcast — for a rundown of this year’s Eisner nominees. 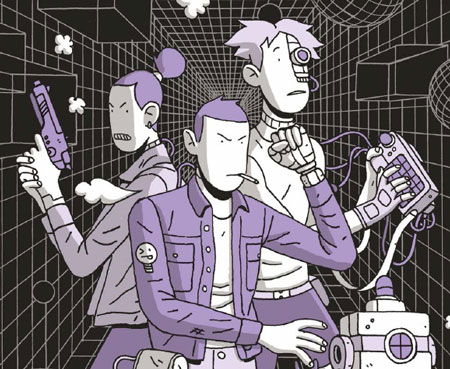 SP4RX is Wren McDonald‘s first full-length graphic novel, a cyber-punk story that fondly remembers “the future of the past”. This week Wren talks about world building in SP4RX, his process, work-life balance, and more. Support Deconstructing Comics on Patreon to hear more of this interview! 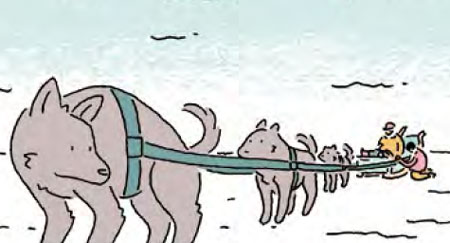 Luke Healy’s How to Survive in the North presents two different early-20th-century expeditions to the Arctic, and how they were connected. Well, except some of the connections are unclear, and Tim and Kumar both had the same misunderstanding about the book the first time through! Yet the book does present some amazing people and incidents. Here’s our review.

Comic News Insider: Episode 694 is now available for free download! Click on the link or get it through iTunes! Sponsored by Dynamic Forces.

Emily Edwards comes back for 2 weeks in a row of rotating co-host chair action! Jimmy is heading to Heroes Con this weekend so they chat about his plans for the show which include moderating panels, interviews and more! News includes: that Battlestar Galactica movie is finally moving forward, Kevin Smith’s Mallrats movie sequel will now be a 10 episode TV series, Gotham is recasting/ageing up Poison Ivy, and Sony announces a new Spider-Man game exclusively for the PS4. Leave your iTunes comments! 5 stars and nothing but love! Also, get a hold of us!

Comic News Insider: Episode 681 is now available for free download! Click on the link or get it through iTunes! Sponsored by Dynamic Forces.

Jimmy went to MoCCA over the weekend and got some great interviews. In this Nobrow special, you’ll hear his chats with Sam Bosma (Fantasy Sports) and Jeremy Sorese (Curveball). Jimmy is a big basketball fan like Sam which is a good thing since his book Fantasy Sports deals with the sport! And hear them both correctly pick the NCAA men’s basketball champion! In his talk with Jeremy, they have a great deal to say about relationships, friendships and more. They even get a little Steven Universe love in there as well since Jeremy wrote the comics. Both were really great interviews so do give a listen! Leave your iTunes comments! 5 stars and nothing but love! Also, get a hold of us!

On this episode of The Comics Alternative podcast, Derek and Andy W. discuss four new titles. They begin with Ryan K. Lindsay, Eric Zawadzki, and Sebastian Piriz’s Headspace (IDW Publishing). This was originally an eight-issue digital series published by MonkeyBrain

between March 2014 and April 2015. A law enforcement officer, Shane, finds himself in a surreal land with no memory of how he got there nor any idea how to leave. He eventually discovers that he is inside the mind of a violent criminal whose brain is being manipulated by the authorities. As the guys point out, this is a psychological thriller as much as it is an astute exercise in world-building. Next, they take an extensive look at Nate Powell’s You Don’t Say (Top Shelf), a collection of seventeen short stories published between 2003 and 2013. For readers who appreciate Powell’s previous works — such as Swallow Me Whole, Any Empire, The Silence of Our Friends, and the first two volumes of March — this is a wonderful opportunity to see the development as well as the full range of the creator. The earlier stories, several of which were part of his first Top Shelf book Release Me, demonstrate Powell’s autobiographical attempts to capture an artist in transition. But the emerging impact of the writer becomes more apparent in the later works

where you can more clearly see some of the characteristics that mark Powell’s style, such as the theme of race relations (often set in the South) and the psychological quality of his storytelling. In fact, Derek points out that in many of Powell’s work, there is a “dreamy” quality where transitions between scenes and even panels are represented in a fluid, and at times ambiguous, manner, reflecting the way in which memory and fantasy allows us to interpret the world. Both Andy and Derek highlight their favorites in this collection, including “Cakewalk” (written by Rachel Bormann), “Bets Are Off,” and the gothic “The Villa at the End of the Road.” These collected stories originally appeared in earlier Powell works, in various anthologies, as part of a CD release, and as self-published installments. Together they demonstrate the sheer force of Powell’s artistry. Finally, the Two Guys look at two recent releases from Nobrow, Andy Poyiadgi’s Lost Property and Jen Lee’s Vacancy. These are both part of the publisher’s unique 17×23 series, a graphic short-story project established to help young creators present their work in a concise and economic format. Lost Property is a brief tale about missing pieces, the various things we have lost

throughout our lives — both literal and figurative — and how their rediscovery can help us define who we are. Lee’s comic is an anthropomorphic narrative about the costs of freedom. Simon, a young dog, is neglected by his owners, yearns to venture beyond his backyard fence, and then ventures into the woods with a deer and a raccoon, with mixed results. Both of these short works are beautifully produced — Andy specifically points out Nobrow’s distinguishing coloring — and highly affordable. For a little more than the cost of an ordinary American comic book, you can get a 17×23 publication that is more of a book than a periodical. The guys featured a Publisher Spotlight on Nobrow last year, and there’s certainly a reason that they keep coming back to their publications.