Comic News Insider: Episode 836 is now available for free download! Click on the link or get it through iTunes! Sponsored by Dynamic Forces.

By popular demand, Emmy Potter comes back 2 weeks in a row to co-host! She and Jimmy chat about that little Avengers: Infinity War trailer & the facial hair that lies within. News includes: Ava DuVernay is directing a New Gods film, Dark Horse Comics is publishing 2 Incredibles 2 comics. DC Comics will publish a bi-weekly Justice League comic starting in June and more! Leave your iTunes comments! 5 stars and nothing but love! Also, get a hold of us!

Here it is true believers, our Thor 2: The Dark World special. In the first half Ben, Dave and Pete talk about Thor 1. What they liked and didn’t like about it and what they hoped they would improve upon or continue in Thor 2. In the second half Pete couldn’t make so he’s replaced by John, some say you’ll never tell the difference, and they continue on with their reaction to and review of Thor 2: The Dark World.  Be warned there are SPOILERS. And as to why Pete couldn’t make the second half, well let’s just say, what happens in Asgard stay in Asgard. So sit back and enjoy, it’s hammer time! 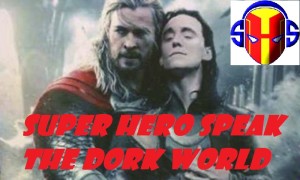 Natalie Portman’s Oscar for Black Swan is more than deserved

Do you like chocolate sand that doesn’t mix and that sits on top your milk? Then Milo is right up your alley!

Being proud to be Italian only lasts on the mortal coil

I’m sure some sex workers are very skilled, just not the skills Australia immigration is looking for

DC characters the average movie goer can get behind

Paul Jenkins in a DC meltdown

Confirmation of questions around the Xbox One’s specs

The latest The Last of Us reviews

This episode proves that the more F Bombers = the more better F Bombers. Come enjoy as we relive the shit that was the halftime show of not only this year but of past super bowls. Kevin Dreams of a day where a chinese mistress will make him an eggroll as he bangs Natalie Portman in the next room. Our fan Denise offers her take on the enterprise crew with what can only be called an inspired trek e-mail (or extremely geeky, but if you think that you are listening to the wrong show. Eric Powell is a douchebag who like to generalize and doesn’t truly understand satire, or if he does he likes to use it as an excuse if too many are offended by what he has to say. Dark Shadows is fully discussed and Comics are spoken of. What comics you may ask? Well let me tell you some. Rat Catcher, Weird Worlds of DC, Mystery Society, Superboy, Grimms Fairy Tales: Myths & Legends, Spawn 201, among many more (holy shit i have a horrible memory) Enjoy!

Please leave us an Itunes review, it really is helpful.

get it on iTunes, at http://www.fbombcast.com, or this handy little player right here

In this special episode, I’m joined by Nick Kubrick to discuss the Razzie and Oscar nominations. Lots of agreements, lots of disagreements, but one thing is certain; M. Night Shyamalan must be destroyed.

Well, okay, I realize I’m being ridiculous when I say that, but I will say that this movie is not the humongous TURD that a lot of people would say it is — not like the Dark Knight… not like your mother. OH, SNAP!

The Freaks address the good, the bad, and the ugly all while shoveling down yummy, spicy Asian delicacies! Maybe NOW people will understand why the Freaks actually LIKE this movie! Or… maybe NOW people will understand exactly how far around the bend into the heart of darkness Scott and Chris have ventured! Just remember – while you opened presents with your family, gazed out at the snow, and ate your figgy pudding — THIS is what the Freaks were doing! 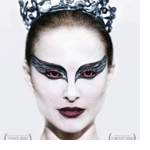