This week the guys sit down with the creative minds behind Atomic Rex Entertainment, Gene Selassie and Marco Lopez. Together they talk about how they got started in comics and how Atomic Rex was born. Plus they also talk about the current state of Marvel and DC comics and how social justice in comics is both a good and bad thing. So sit back, relax and enjoy this fun ride. 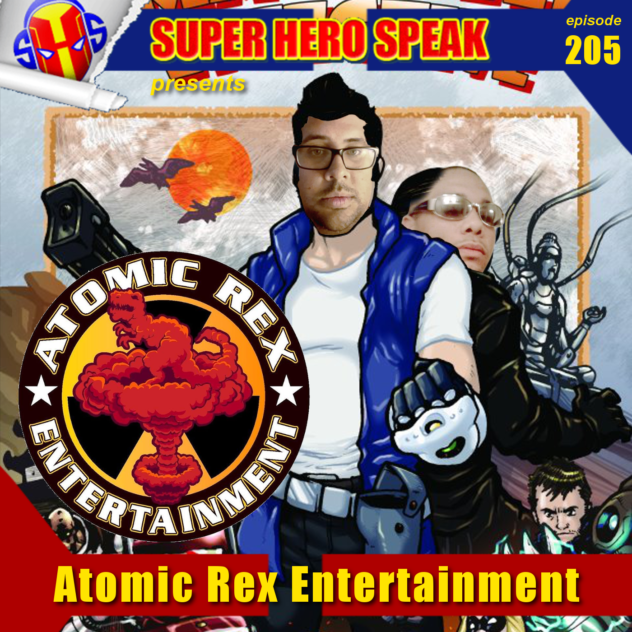 Before we get into the specifics of this podcast on Marvel Muslim superheroes, first, some context:

It’s not a secret. Anyone born after 1978 likely cannot recall a time in American politics as divisive as now.

During the Reagan years, I was a child, blissfully unaware of most of the world around me. I remember Geraldine Ferraro, the first woman in American politics to have a clear shot at the White House as Vice President with her running mate, Walter Mondale, former Vice President under President Jimmy Carter. I remember the day the Challenger exploded on its maiden voyage. I remember the rise of A.I.D.S. and the Reagan administration’s avoidance in declaring the spread of HIV a crisis, something that indirectly caused the virus to infect millions more.

The cultural divide of the American landscape, of the collective psyche of America as a nation-state, was always at odds with itself, the teetering threat of the aforementioned divide becoming an uncrossable chasm constantly looming over our heads as it continues to this today. Looking back, I never could have imagined what would become of us. While a second American Civil War is hardly imminent, at times, I wonder if the preservation of the Union during the first American Civil War was the right choice given how much we seem to have grown to hate one another.

Perhaps the rise of social media and the technology necessary to democratize different people from all extremes of the political spectrum amplifies the sour sound of the voices of hatred? The calls to despise our neighbor, to think of them as people who “just don’t get it” or with evil or selfish intentions never have sung as loudly as they do now. Any environment containing this much enmity is a breeding ground for scapegoatism, a fertilizer that, when operating from our rage, makes it easy to point a finger outside of our house and into yours.

READ: ComicsVerse’s culture section discusses the damage normalizing the American alt-right can do!

At this moment in America, two distinct groups of people seem to be the victims of our inability to cope with our own disagreements: Muslims and illegal immigrants.

Those arriving at this article from a different perspective need to know I am not pretending there aren’t people causing harm who are Muslim or immigrants. Rather, what I ask for is a mere reality check, a refreshing of one’s self of the factual data, something that isn’t agreed on anymore that, additionally, seems to no longer carry value.

While the cause of illegal immigration is a close one to me, being of Hispanic descent, the focus of ComicsVerse’s 88th Podcast is Marvel Muslim superheroes. Through the newly elected Donald Trump, The United States of America recently issued its second travel ban targeted at predominantly Muslim nations. The travel ban prevents Muslims from certain countries from traveling to America.

The conservative think tank, the Cato Institute, performed a study, the results of which can be found here. Allow me to skip to the end: “[the Cato Insitute] compiled a list of foreign-born people who committed or were convicted of attempting to commit a terrorist attack on U.S. soil from 1975 through 2015.” The total tally of that number equals zero. Yes, zero people from the countries Trump banned from entering the United States committed an act of terror on our soil.

The executive order behind the travel ban will prevent families from seeing one another. It will keep the best and brightest minds of these countries from American universities that sorely need their skill sets. Moreover, the travel ban is ethically wrong, and we, the American people, have given birth to it simply because it’s easier to point the finger elsewhere and blame others for our figuratively insurmountable border wall that keeps people, who normally would get along and come to a workable agreement, hating one another.

In NEW X-MEN: ACADEMY X #39, Dust invokes Allah’s name as she prepares to take on a demon in Limbo. Image courtesy of Marvel Entertainment.

I’ve always remained open about my past, and there are numerous articles on this website that speak to that truth, my truth. I’ve, personally, been a scapegoat before. I know how it feels to have done nothing wrong and be blindsided by the ugly recesses of humanity when I was only trying to live my life free of discrimination. That knowledge is why we chose to focus on Marvel Muslim superheroes. To our surprise and delight, the panel on this podcast consisting of ComicsVerse editor Jamie Rice, writer A. Chowder, Marvel editor for ComicsVerse Kat Vendetti, Marvel Editor for ComicsVerse Alex Bisignaro, writer Anika Hossain, with special guests Amna Pervez, Jose Robledo, podcast veteran Nolan Bensen and myself as host, the three most compelling Marvel Muslim superheroes are strong and diverse, three-dimensional women. Each deserves a podcast in her own right.

Before the focus of our conversation became Marvel Muslim superheroes Kamala Khan/Ms. Marvel, Sooraya Qadir/Dust, and Monet St. Croix/M, we took it upon ourselves to do some research. We felt an obligation, before discussing the internal lives of these characters and what connotates their “Muslimness,” to dispell a bevy of American myths surrounding Islam. As three panelists on our panel know, as former and current practitioners of Islam, the world can often use a reminder of the truth behind the stereotype and just what a minuscule portion of Islam it is that poses any sort of threat to the western world’s way of life.

As we dissected each Marvel Muslim superhero, the same questions arose over and over. Is this character authentic? Do they purport any negative stereotypes? What makes us able to determine any of this at all? The conversation, both illuminating and intense, was one of my favorite podcast moments at ComicsVerse.

Despite moments of utter silliness and banter between friends and colleagues, we never lose sight of our goal: raising awareness of a self-perceived flaw in the consciousness of the people of the United States of America and the west; finding out what exactly it is that motivates three incredible characters created by Marvel; and just how far their efforts have come, as a publishing company, for Marvel Muslim superheroes to serve as a beacon of anti-discrimination and hope for all the young Muslim women and men who read their comics.

For your convenience, this podcast is also available on iTunes, SoundCloud, Spreaker, iHeartRadio, and Stitcher.

On this podcast we talk about some Doctor Strange and The Walking Dead casting news. Then we review The Goddamned #1, All-New, All-Different Avengers #1 and Web Warriors #1. Exciting stuff. Listen in!

Excited to see Negan on The Walking Dead? Head over to our podcast Facebook page and let us know.

On this podcast we review a few comics. Ms. Marvel #1, Loki: Agent of Asgard #1 and Wolverine #1 from Marvel. The new Turok: Dinosaur Hunter #1 from Dynamite Entertainment, and a sneaky review of DC Comics’ Forever Evil #5. Listen in!

Excited to see Preacher on any screen? Head over to our podcast Facebook page and let us know. 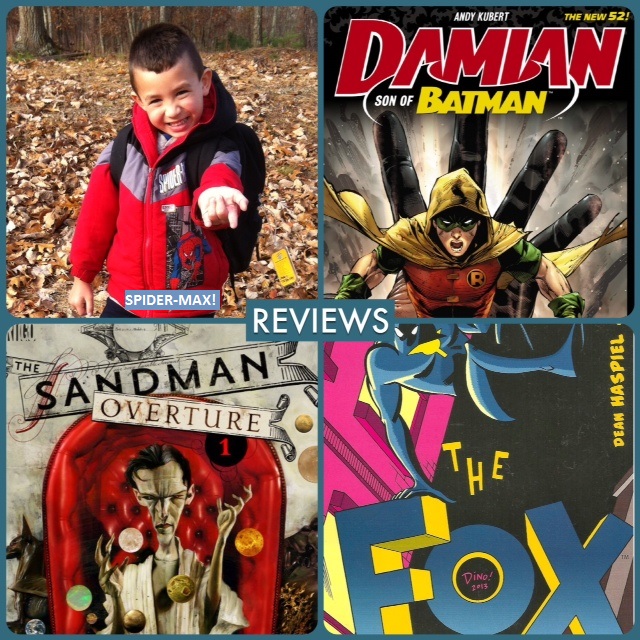