The crew returns for another week of comic and media news, and discussion of the week’s Top 5!

This week was a week of tangents and sidetracks, and some interesting choices for the Top 5. Hilarity did, in fact, ensue. 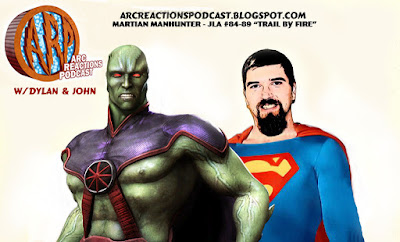 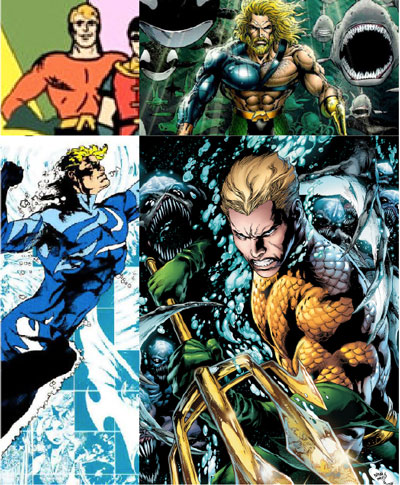 While Aquaman has been around since 1941 and been through several badass incarnations, it seems everyone but dedicated Aquaman readers still thinks of him as the lightweight, Super Friends Aquaman. Tim, who’s been getting into the current Aquaman series, is joined this week by longtime Aquaman reader Emmet O’Cuana to sift through the character’s long history, various conflicting origin stories, costume changes, supporting cast, and more.

This week, Brant, John, Gordon and Ron take to the news and do a headlines-centric episode, mostly focusing on TV and Film. A Deadpool film? A Titans drama? JLA goes to Machinima? And much more!

Then Ron and Brant discuss the pilot of new Ioan Gruffudd vehicle, Forever, that debuts on Monday and Tuesday.

After that, Gordon, Ron and Brant discuss which comics they are enjoying these days.

Marvel in Final Negotiations to Film Doctor Strange in England

Vertigo’s Lucifer Picked Up by Fox

Creator Joshua Fialkov joins me for a fun interview about the projects above as well as his work for Marvel’s Ultimate line. You’ll learn a lot about all of his writing and what’s likely coming our way in the near future from him!

Then everything wraps up with a look at recent news, including a certain classic superhero show coming out on DVD this year and a direct-to-DVD animated feature arriving in Target that I hadn’t heard about! You might want to check it out if you also aren’t aware of it!

Be back next week for another great interview, among other things! 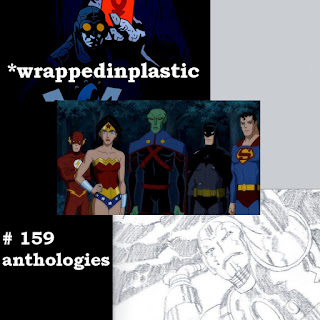 The Backroom crew discuss the Bizarro universe before sharing some of their favorite holiday comics.

That’s right, folks.  Despite previous reports of the demise of TALES OF THE JUSTICE SOCIETY OF AMERICA the show is NOT dead.  In fact, Scott and Mike are back on a WEEKLY basis so Fridays just got interesting again.

This time out the guys pick up where they left off, but surprisingly they will not be covering the next issue of ALL-STAR SQUADRON.  Starting this week Mike and Scott will be covering one of the best stories to come out of this era of ALL-STAR SQUADRON…CRISIS ON EARTH PRIME.  Not only is this a major story-arc for the All-Stars but it also crosses over with another DC title namely JUSTICE LEAGUE OF AMERICA!  This is almost historic because while books crossover into each other all the time these days when this story was published it was like rare.

CRISIS ON EARTH PRIME begins in JUSTICE LEAGUE OF AMERICA #207 and this one has it all, folks!  The Justice Society!  The Justice League!  The Crime Syndicate!  The All-Star Squadron (for all of five seconds)!  Sonny and Cher!  William Shatner!  The 1972 Miami Dolphins!  Paul Lynde!  Bea Arthur!  The Dallas Cowboy Cheerleaders!

Ok, 95% of those people don’t appear in this issue, but it’s a pretty awesome story anyway.  There is action, intrigue, super-heroes and time travel.  All the things a growing comic fan needs.

Next Week: ALL-STAR SQUADRON #14 and the second part of CRISIS ON EARTH PRIME!