On this week’s episode Andy and Derek check out the old and the new. They begin with Star Hawks, Vol. 1: 1977-1978, a new collection of Gil Kane and Ron Goulart’s classic newspaper strip. As the guys discuss, this isn’t the first time that Star Hawks has been collected, but this new release from IDW’s Library of American Comics imprint is probably one of the best. Next, they turn to Street Angel: After School Kung Fu Special (Image Comics). This is more of the Street Angel fun you’ve come to expect from Jim Rugg and Brian Maruca. Fans of action comics, especially the old 1970s style martial arts type, will appreciate this one-shot. Finally, the Two Guys wrap up with Simon Spurrier and Jonas Goonface’s Godshaper #1 (BOOM! Studios). As with other Spurrier creations, the premise of this title is rather complicated, but it’s not too top-heavy. The creators are able to pull off this inaugural issue with a satisfying coherency.

The Two Guys with PhDs are back for another Publisher Spotlight, and this time they turn their attention to recent releases from AdHouse Books. On this episode, they look at the publisher’s 2015 catalog (so far), but first Derek talks briefly with AdHouse’s founder and publisher, Chris Pitzer. He gives the lowdown on the origins of the press, how he translated his designer skills into publishing acumen, the process of artist acquisition, and some of his most notable (and unlikely) publishing successes over the years. After that, the guys plunge into their discussion of the five books that have come out — or are about to come out — from AdHouse this year. They start with the new edition of Jim Rugg and Brian Maruca’s Street Angel. Both Derek and Andy Kunka had already discussed last year’s Street Angel when they had Rugg on for an interview earlier this year, but this new edition gives the reader a different color experience.

Whereas the earlier book contained black and white art, this one sets the illustrations on pink paper, giving Jesse “Street Angel” Sanchez’s adventures a whole new feel as she keeps the world safe from ninja gangs, evil geologists, nepotism, and math homework. Next, the Two Guys discuss a truly offbeat book from Eric Haven. Ur is a collection of strange, absurd, and hilarious short comics reminiscent of the works of Michael Kupperman, Evan Dorkin, and Ryan Browne. Highlights include the heroics of Bed Man, Dream Lord of the Night Sky, and the demented adventures of everyman Race Murdock. Without question, this is one of the guys’ reading highlights of the week. Next, they turn to the fourth issue of Ethan Rilly’s Pope Hats. The guys bring different perspectives to Rilly’s work, with Derek having read the previous issues and this being Andy’s first exposure to the series. Fans of Pope Hats will find this a different kind of issue. The story of Frances and Vickie is temporarily put on hold while Rilly presents many of his previously published short comics, including the meditative “Stained Glass” and the psychologically moving “The Nest.” After that, the guys look at Sophie Goldstein’s novella-length work, The Oven. This is an alternate world, post-apocalyptic narrative about living off the grid and how empowering and life-changing such a move can be. Goldstein’s simple, evenly paced art reveals  deeper levels of understanding than its small page count might suggest. Finally, Derek and Andy wrap up their spotlight with a discussion of Kathryn and Stuart Immonen’s soon-to-be-released Russian Olive to Red King. Much like The Oven, this is a relationship story that unfolds slowly, allowing character to develop in organic and natural ways. In addition to the art, one of the most striking aspects of the book is it’s last third, composed almost entirely of text. The guys note that while prose-heavy narrative can be a potential put-off in comics, Kathryn Immonen handles the story brilliantly, using the text to add depth to its more stoic art. Andy declares this one of his favorite books of 2015 so far. In fact, you could say something similar about all of this year’s AdHouse books taken together.

A big THANKS to Chris Pitzer for helping to make this show possible.

And be sure to check out the AdHouse Books website for a full range of their publications!

Andy and Derek are happy to have on the podcast the multifaceted Jim Rugg, whose new printing of Street Angel (created with Brian Maruca) was just released by AdHouse. The guys talk with Jim about the significance of the new printing — a colorful discussion — as well

as the book’s protagonist Jesse Sanchez, an “orphan of the streets and skateboarding daughter of justice” who “fights a never ending battle against the forces of evil, nepotism, ninjas, and hunger.” The artist discusses the title’s early days at Slave Labor Graphics as a serial and its final issue as the launching pad for another Rugg/Maruca creation, Alan “Afrodisiac” Driesler, the mysterious, irresistible, smooth dark chocolate brother of the streets who fights to protect his turf and his ladies. And of course, it’s inevitable that the guys get into a discussion of 1970s culture and comics, including kung fu, TV cop shows, blaxploitation films, and Big Jim action figures. Derek and Andy also talk with Jim about his work on other titles, including Supermag (AdHouse), The Plain Janes (DC/Minx), and his art for titles as diverse as The Guild, Adventure Time, and Henry and Glenn Forever and Ever. It’s a fun conversation, one with as much savvy and street smarts as the characters who populate Jim’s stories.

We had the distinct pleasure of talking with Jim Rugg about…almost everything! Here’s a short list of some topics we discussed:

– Podcasting, building a local listenership and being part of a community
– The new back issue market
– Image Comics: Then and now
– 90s comics and the comics renaissance in the early 2000s
– Media influence on comics reading
– Creative challenges and separating creators from their work
– Can Marvel/DC still bring in new/casual readers?
– Webcomics/indie/art comics
– Jim’s previous/current work, creative influences, “This #*?! Isn’t Very Funny“, future shows and, of course, Rob Liefeld

Make sure to check out Jim’s exhibit, This #*?! Isn’t Very Funny, which runs at the ToonSeum from March 29th-May 6th. An opening reception will take place on March 29th from 7pm-9:30pm. 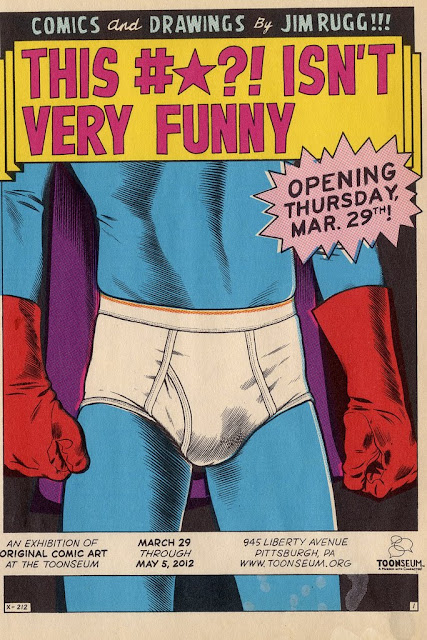 For this special edition of the show, Mike sat down with the creators of Afrodisiac and Street Angel: Jim Rugg and Brian Maruca. They talk about Mr. Ed, Marvel Comics, what it’s like to write as a duo, art process, and what small press means to the industry. Jokes are cracked, philosophy is waxed, and Jim finds out that Cable is dead.

With the increasing prevalence of technology, there are more ways to approach making comics than ever before, from good old fashion inks and brushes all the way to 100% digital comics. Join Jim Rugg (Afrodisiac), Roger Langridge (Muppet Show), and Drew Weing (Set To Sea) as they discuss their varying approaches to pen and ink and pixels, moderated by HeroesCon Creative Director (and cartoonist) Dustin Harbin.﻿ 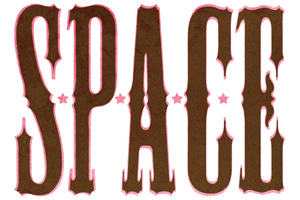 A few weeks ago, Jason and I went to SPACE – the Small Press And Comic Expo – in Columbus, OH. We had a lot of fun and recorded from our table and talked to some awesome people. We split the weekend up into three segments.

In Part 2, we talk with Kurt Dinse (One Year in Indiana) and Jim Rugg (Street Angel).

Special announcement about the next step forward for the podcast at the end!

This weeks episode Shawn reviews “World Of Hurt” & “Afrodisiac” and is later joined by Donny as they talk about some movies, the Matinee Idles podcast, books they’ve been reading, G.I. Joe members you may have never heard of, upcoming Marvel & DC comics, and maybe the WORST idea in cartoon history that execs will drool over.