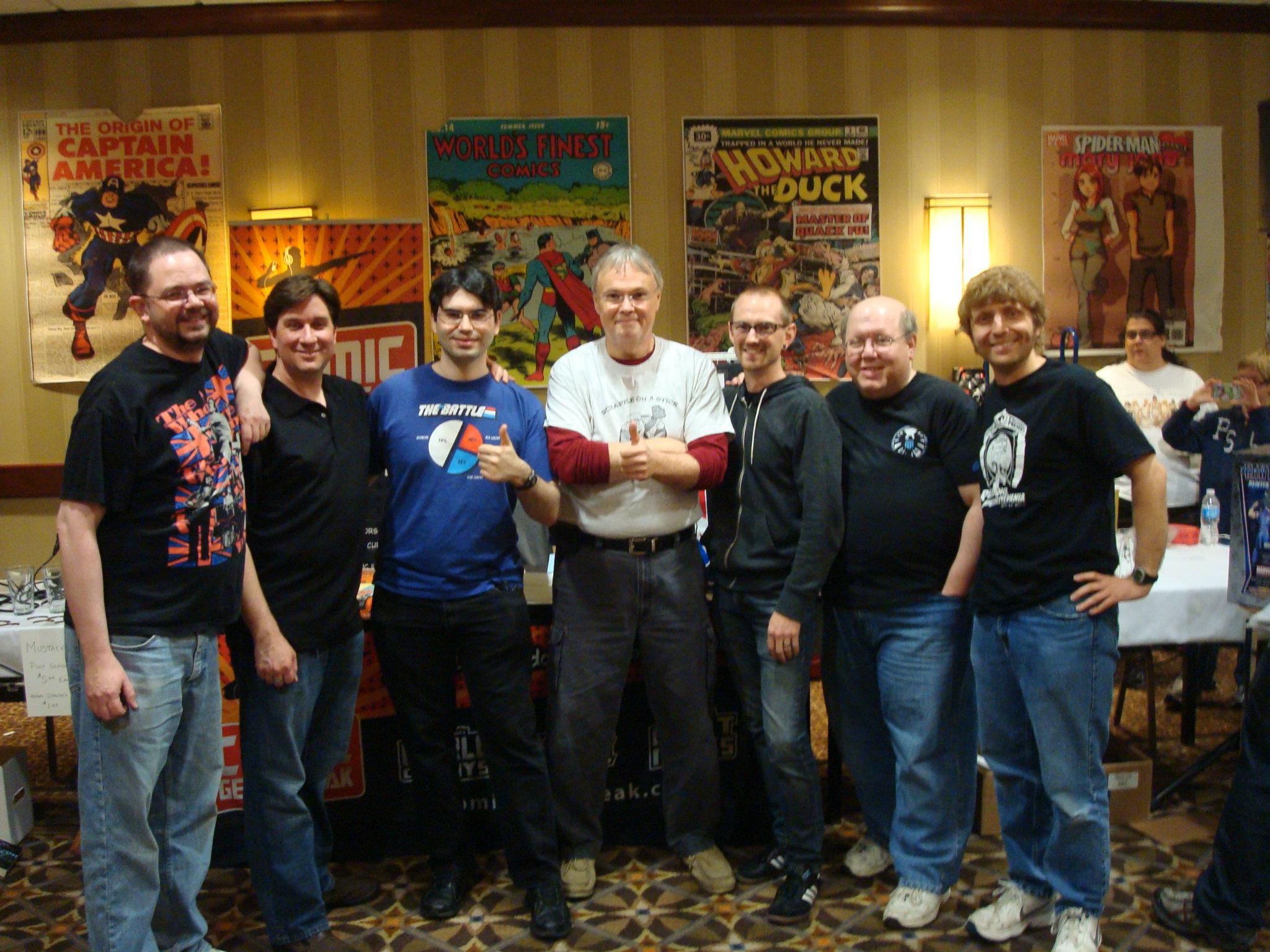 Earlier today, the comic book podcasting community lost one of its founding fathers, and friendliest faces. Jamie Dallessandro of Comic Geek Speak, known to most simply as Jamie D, passed away due to complications from his longstanding battle with cancer. Jamie was a shining beacon of positivity for the community as a whole, and anyone who has listened to him, met him, or considered him to be a friend, will miss him dearly. I sure will.

Here’s to you, Shiznit Pimp. We will never forget the part your played in our lives, no matter how small or large it may have been. Uniting the world’s mightiest heroes, forevermore.

As always – we are sponsored by DCBS! That’s right! Discount Comic Book Service! All comics from major publishers like Marvel, DC, Image and Dark Horse are 40% off or more. And hardcovers and trade paperbacks from Marvel and DC are at least 50% of. Plus, be sure to check out their Comixology digital storefront for even further savings.

You can e-mail the show at comictiming@gmail.com and be sure to Like us on Facebook at http://www.facebook.com/ComicTiming. Thanks, and we’ll catch you next time.