Despite torrential flooding, the Alternate Reality crew is still here and all without building an Ark.  We managed to survive the flood waters this time but with a new hurricane coming in on the eastern seaboard, we’re liable to be up to our necks in it.

In the meantime, we’re already up to our necks in comics.  We’ve got an assortment for you this week as Jon and Charlie talk about everything from James Bond in WWII, to the Star Wars Universe and all points in-between.

And if that wasn’t enough for you, the boys take some extra time to dive outside the comics book flood waters into other seas of geekery.  We take a quick look at Spider-Man which just hit the PS4 and Iron Fist season 2 which just hit Netflix.

Uh oh, I should have said that.  Whenever we say we’re gonna do anything quick, or just touch on a subject for a few mins, the episode turns out to be twice as long.  Well, perhaps that’s for the best as the boys must take an extended brake after this so Jon can go to the Cleveland Clinic and be seen by the world’s best doctors.  So this double length episode may have to last as much as three weeks before Alternate Reality will be back.

The Alternate Reality Facebook page can be located at:
https://www.facebook.com/pages/Alternate-Reality-Podcast/433051756767081

This week’s episode of The Comics Alternative is special. Gwen and Derek devote their entire show to the the James Bond comics that have been coming out from Dynamite Entertainment for the past few years. They begin the show by sharing some of their own experiences with the James Bond franchise and how much it was a part of their childhoods. Then they get into the core of the show, discussing the eight James Bond trades, along with the recent six-issue The Body, that have been released since 2016. While they are unable to talk in detail about all of the works — after all, there’s a lot to cover — they nonetheless provide a broad overview of the various elements, themes, and styles that define Dynamite’s James Bond, plunging into deeper readings whenever possible. The various works they cover, along with the creators and years of trade publication, include:

For the May on-location episode, Derek is back at Heroes Aren’t Hard to Find for Free Comic Book Day. This is a big occasion, and business at Heroes was bustling and crowded, with customers lining up to get in as early as 5:30 am. In fact, this show was recorded outside of the shop where things were less chaotic. Joining Derek was Zyg (who has become a regular at these on-location shows), David, Adam, Jake, and Emily. Everyone talks about the various FCBD titles and which ones they’re particularly drawn to, but they also discuss other comics-related topics, such as the recent Avengers movie, the kind of comics that they’re currently reading, and upcoming titles that they’re particularly looking forward to.

It’s time for another look at the current Previews catalog, so this week Andy and Derek check out all of the interesting solicitations for May. First, though, they briefly discuss their plans (or lack thereof) for Free Comic Book Day this coming weekend, and then they share some listener mail. After that, they begin their deep dive into the May Previews..and it’s a good long dive this month. Among the many upcoming titles they highlight are:

We discuss the first 10 issues of Velvet by Ed Brubaker and Steve Epting. This female led spy story is set in a very realistic environment and focuses on a retired agent who must use her spy skills to solve a mystery. 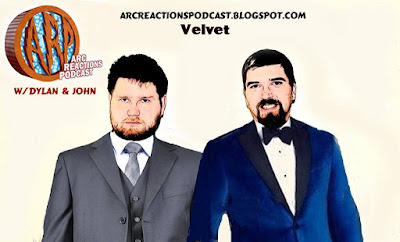 Cosplay artist who painted her body like comic book characters

Our next podcast will be our coverage of the Suicide Squad (film) on August 7th. Our next Bat Books For Beginners episode will be Gotham Central: In The Line of Duty on July 19th.

Comic News Insider: Episode 693 is now available for free download! Click on the link or get it through iTunes! Sponsored by Dynamic Forces.

Emily Edwards returns to the rotating co-host chair! They chat about the rumors involving Brie Larson as Captain Marvel and Tom Hiddleston as James Bond. News includes: Superman will make an appearance in the first 2 episodes of Season 2 of Supergirl, Millarworld announced Reborn from Mark Millar and Greg Capullo, and Gillian Anderson will play “Media” in the upcoming TV adaptation of American Gods. Jimmy is leaving for Heroes Con in North Carolina next week and you shouldn’t definitely go if you are in Charlotte from June 17-19! One of the best comic conventions around. Leave your iTunes comments! 5 stars and nothing but love! Also, get a hold of us!

For the past several weeks the Two Guys with PhDs have been looking mostly at book-length works, trades, original graphic novels, and archival collections. This week, Andy W. and Derek thought that they’d catch up with their single-comic-book-issue reading by focusing on six recent #1 titles:

The guys note that there’s an embarrassment of riches to choose from, as there have been many recent first issues from some powerhouse creators, including Brian K. Vaughan, Jason Aaron, Grant Morrison, and Warren Ellis. For the most part, each of the titles from these writers is a home run, although Andy is not quite impressed with Klaus, feeling that it’s a little too formulaic. The guys also note that The Goddamned isn’t for those with Puritanical sensibilities, James Bond breaks free of the property’s Hollywood shackles, and Paper Girls visits the 1980s in a fun and non-stereotypical way. (Plus, Derek is glad that there are no Goonies references anywhere to be found.) Snow Blind is a great first issue, as well, setting up what promises to be an intelligent four-issue crime/noir miniseries…although given the potential in this inaugural issue, this story seems that it could go on for more than four installments. And both Andy and Derek are bowled away by Liu and Takeda’s Monstress. Not only is the storytelling sophisticated, intricate, and intelligently populated, but there is over sixty pages of story in this first issue. The guys are used to oversized #1 issues from Image — in fact, they’re getting spoiled by them — but the amount of material in this comic goes above and beyond! Finally, the guys wrap up my commenting briefly on some of the other recent #1 issues that they could have included in this episode, such as Greg Rucka and Nicola Scott’s Black Magick (Image Comics); Garth Ennis and Keith Burns’s Johnny Red (Titan Comics); Mike Mignola, Christopher Golden, and Patric Reynolds’s Joe Golem: Occult Detective (Dark Horse Comics); and Sam Humphries and Tommy Patterson’s Citizen Jack (Image Comics). And then there are the various Vertigo #1 issues that have been coming out recently. But that’s the subject of another podcast!

Comic News Insider: Episode 621 is now available for free download! Click on the link or get it through iTunes! Sponsored by Dynamic Forces.

Due to some last minute cancellations, Jimmy has to do a solo episode for you. He’s madly prepping for San Diego Comic Con and it’s all down to the wire. You’ll hear his lovely friend Milana Vayntrub in this episode too! She was visiting NYC and they had a drink and chatted about her sci-fi comedy Other Space, being “Lily” on the AT&T commercials, her directing ambitions and more. News includes: Image Expo announces massive slew of new comics, DC announces 8 new mini-series, Marvel annouces 45 titles for the post-Battleworld Marvel lineup, Dynamite announces new projects from Garth Ennis (A Train Called Love) & Warren Ellis (James Bond) plus collaborations with Atari and Fleischer Studios, JK Rowling is developing a Harry Potter stage play and Elodie Young has been cast as “Elektra” in Netflix’s Daredevil series. Leave your iTunes comments! 5 stars and nothing but love!

What if Grant Morrissons Multiversity was found by aliens?

We address the UFP Crew Questions and talk topics

It’s another installment of the 12 Days of Zone 4 as I talk about films in 2015 I’m most looking forward to!

This week, the cast is light again due to some illness, but Brant and Ron hold down the fort.

It’s an all Headlines Topic Time, as they discuss television and film news in the world of comics and related media! From the Terminator trailer, to the casting of Suicide Squad, to the Flash/Arrow crossover, and much more, it’s all about multimedia.

Then it’s announcements before they close the show.

Deadpool Set to Film in March

Judy Greer is Janet Van Dyne? (last paragraph or so)

Why The Flash TV Fans Should Be Reading The Digital Comics

–          Amanda Bynes falling further and further into the deep end

Sam Mendes back on board for the next Bond film

Damon Lindelof apologises for nothing

Doctor Who is “Thunderingly Racist”

Shinji Mikami’s The Evil Within

More problems with Xbox One

Wolfenstien reboot fans were asking for

Leprechaun reboot NO ONE was asking for

“Hello everyone. It’s been a while…”

HUGE shout out to our friends at The Boxed Whine! Be sure to check them out.

C Bomb vents his spleen at Sunrise yet again!

4 year old mayors are not newsworthy

Lindsay Lohan? More like Lindsay Bloat-han! Am I right fellas?!?

… And the latest in “No shit news” from UWA: Kids playing active games are better than the sedentary games!

Northbridge now the “Hip and Funky” capital of WA

Miley Cyrus is the Dr Rockso of the Maxim hot 100

Next Bond films possibly to be taken over by Christopher Nolan

A guy uses the same Pokemon for almost a decade

Game releases for this week