As the title implies, Comic Timing goes political this episode, partially as some catharsis after the events of the past few weeks, and also as a way to try and explain and further understand the political climate, and how it effects the comic book industry. Brandon Christopher of Pop Culture Clash, Donovan Moragn Grant of Questions, We Don’t Have Answers, Brent Kossina and Ian Levenstein discuss the decision made by Humberto Ramos and George Perez to refuse attending conventions in Red States after the President Elect takes office, as well as comic shops refusing to stock Motor Crush issue 1 because it has a black female lead. We also discuss tangential political topics that are not entirely comic related, but are still relevant to the overall conversation.

This episode may not be for everyone, but I really do feel like there is some excellent conversation within. No punches were pulled, but everyone involved did their best to be respectful while speaking their minds. Give it a listen and see for yourself!

Thanks again for listening, and we’ll see you next time for Doctor Strange, Luke Cage and more!

Welcome back to the podcast that started it all for Comic Addiction – “On The Road”.

This episode Chris takes a few minutes while on the way to work to talk about Marvel’s newest X-Men series – EXTRAORDINARY X-MEN #1.

This episode’s opening music – “The Question” – was provided by the band Old Man. Be sure to check out their other songs over at www.reverbnation.com/oldman.

This week on the only LIVE comics radio program that is both Amazing AND Superior, we welcome the scourge of your childhood, Dan Slott to the Monster Cave. You know Dan’s work from such comics as Archie’s TMNT, Ren & Stimpy, She-Hulk and of course from his headline making run as the writer of Marvel’s Amazing, Superior and now Amazing again, Spider-Man. Dan joins us LIVE to chat about his passion for comics storytelling, what it’s like to take on an icon like Spidey and maybe to give us the teeniest glimpse into the future of the wall-crawler. If you have a question for Dan Slott, feel free to post it on our Facebook wall or give us a call at 506-453-4949.

No more power. No more responsibility. No more Spider-Man.

That’s it, it’s over. On this episode, we review Amazing Spider-Man #700 and Avenging Spider-Man #15.1. What happened? Did Spider-Man 2099 show up? Spoilers ahead, but listen anyway.

How does your soul feel? Head over to our podcast Facebook page and let us know.

Now that 2011 has come and gone, it’s time for Comic Timing’s annual best and worst of 2011 episode! Ian and Brent are joined by Brandon Christopher (TheDabbaDon) and Chad Burdette (caburdet78) as we ramble off everything that 2011 did for us as readers of comics and watchers of comic movies. We also ramble and meander, as always when it’s this particular grouping of individuals on a call. The questions asked to all participants on the call were as follows:

As always – we are sponsored by DCBS! That’s right! Discount Comic Book Service! For those of you who have not used DCBS before you can save an additional 8% off your first order via the promo code: CT8. Plus, be sure to check out DCBS’ new Comixology digital store! This month’s Review Corner picks are as follows:

You can e-mail the show at comictiming@gmail.com and be sure to Like us on Facebook athttp://www.facebook.com/ComicTiming. Thanks for listening and we’ll catch you next time! 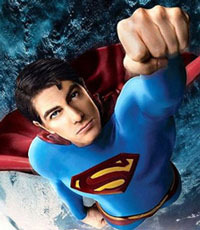 FLASHBACK: THE PULSE-POUNDING ORIGIN! We revisit the very first time, more than five years ago, that Tim, Mulele, and Brandon recorded their comics discussion and put it up on the Net. The episode was originally published Dec. 5, 2005. Topics include the trailer for Superman Returns, Revelations by Paul Jenkins & Humberto Ramos, and Mike Mignola passing off art duties on Hellboy. Oh, and, of course, Star Wars.