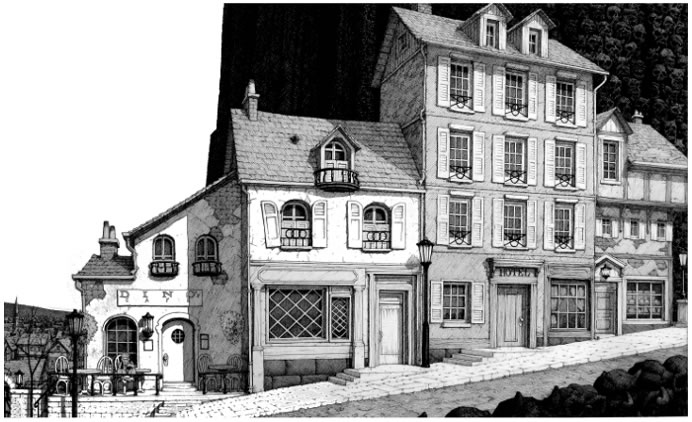 At last month’s Toronto Comicon, Koom got a chance to sit down with Gerhard, most famous for drawing backgrounds and environments for (and NOT inking!) Dave Sim’s Cerebus. Koom talks with him about working with Dave Sim and navigating some of Sim’s more controversial moments; the ergonomics of comics creation; working with Grant Morrison on “Smile of the Absent Cat” in Heavy Metal; and more.

END_OF_DOCUMENT_TOKEN_TO_BE_REPLACED

On this podcast we talk about The Defenders, The Watchmen button and a digital General Leia. Then it’s comics time with reviews of God Country, Heavy Metal and Justice League/Power Rangers. Go, go listen!

Excited for The Defenders? Head over to our podcast Facebook page and let us know.

This week on The Comics Alternative podcast, those funky PhDs, Andy and Derek, discuss three recent titles revolving around the mercenary side of crime fighting. They begin with Jules Feiffer’s Cousin Joseph (Liveright Publishing), the second in a planned trilogy of noir-tinged graphic novels. It is the follow up to 2014’s Kill My Mother, a text that Feiffer discussed with the Two Guys in a previous interview. The events in Cousin Joseph predate those of the earlier book, making it a sort of prequel. In fact, many of the major players in Kill My Mother make appearances in this new work. Most notable are the characters Elsie and Annie, whose husband/father Sam becomes the central figure in the current narrative. Derek and Andy note the fact that Cousin Joseph is a more tightly constructed, and even a more ambitious, work than its predecessor, especially in its engagements with the sociopolitical matters of its setting.

Next, the guys look at the first issue of a new series by Kurtis Wiebe and Mindy Lee. Bounty (Dark Horse Comics) is a futuristic adventure focusing on the exploits of two anticorporate criminal sisters who eventually become bounty hunters. Almost from the beginning, the guys compare this title to Wiebe’s Rat Queens, but both Andy and Derek feel that the first issue in this new series lacks the humor and cohesion of the earlier comic. Indeed, there were parts of the story that were unclear — some of it due to writing, and some because of the its visual perspectives — and the exposition at the very beginning unintentionally compounded this confusion. Nonetheless, the premise shows promise, and Mindy Lee’s art went a long way in carrying the narrative forward.

Finally, the Two Guys wrap up with another first issue…sort of. The Paybacks #1, written by Donny Cates and Eliot Rahal, with art by Geoff Shaw, is part of Heavy Metal’s new initiative to produce monthly ongoing series, but this isn’t the first time we’ve seen this title. Last year Dark Horse published the series’ first narrative arc, four issues recently collected in a trade, and now this recent manifestation picks up where the earlier one left off. Derek and Andy set a context by discussing the Dark Horse series and then segue into the new issue. The transition between publishers is seamless, with Cates and Rahal sustaining the humor and action of their high concept. But what really gets the guys’ attention is Shaw’s art, with its detail of character expression and more realistic flourishes. Andy and Derek comment that if The Paybacks is the kind of story we can expect coming out from Heavy Metal Comics, then we might just have a publishing endeavor similar to AfterShock on the horizon.

Comic News Insider: Episode 672 is now available for free download! Click on the link or get it through iTunes! Sponsored by Dynamic Forces.

Jimmy is joined in studio by regular guest co-host Emily Edwards! They chat about the new Daredevil S2 trailer, Jimmy doesn’t understand the current X-Files season and Emily doesn’t get Doctor Who. News includes: Frozen is coming to Broadway, Star Wars 8 is in production with new cast members, The script for the new Harry Potter play (NOT the 8th book) is being released in July, a new Star Wars animated series called The Freemaker Adventures is on the way,  Kevin Smith and Greg Grunberg will be hosting a new talk show called Geeking Out, Archie horror comics are returning, and a new Spawn film is in the works. Leave your iTunes comments! 5 stars and nothing but love! Also, get a hold of us!

Finally after a long wait, Rusty Gilligan has arrived! The guys talk to Rusty about his career in comics, and how being in the right place at the right time. Rusty has worked for Marvel, DC, Big Bang, Image, Heavy Metal and more. His film work includes the original “Heavy Metal,” “Spider-Man 2 & 3 and more recently “Captain America,” the “Avengers,” and “The Walking Dead.” So sit back and enjoy Rusty Gilligan! 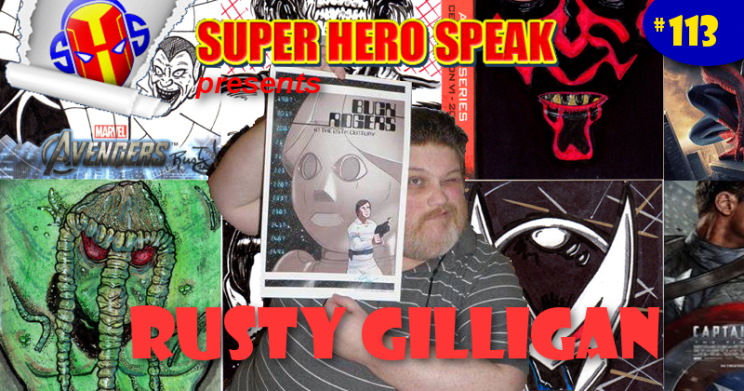 A bit of tough one this time around. I have to preface the episode that it’s a bit of uphill battle.

Anyways, let’s get to it…

The @#$%ing Death Metal showdown that had to happen! It’s Kiminori Wakasugi’s Detroit Metal City versus Metalocalypse Dethklok created by Brendan Small, in our most explicit episode ever! How is is possible for TWO Death Metal comedy franchises to suddenly appear at the same time?! Thanks to the flimsy pretext of a Dethklok licenced comic finally being published, Kumar and newcomer-to-the-show Dana discuss Metal, the @#$% joke filled DMC manga, Metal, the @#$% joke-free DMC live-action movie, and Metal; compared with the Dethklok TV show and comic (including Dethklok vs The Goon, written and drawn by Eric Powell), and Metal. Plus: how censoring yourself is totally @#$%ing UN-Metal!! @#$% on!!

The Backroom Comics team learn about a Superhero Pub Crawl, look at the history of Humanoids, discuss life with Archie, and give their webcomic of the month.

This month, The Freaks suspend their so-called “normal” topics and have a long, fascinating conversation with the legendary “Bad Boy” Johnny Bueno, Jack Of All Trades when it comes to comics.