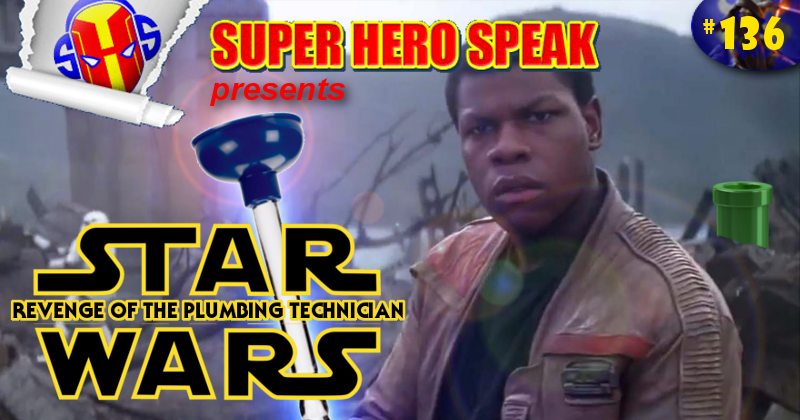 On this podcast we review Star Wars: The Force Awakens. Yep, another Star Wars review. Spoilers ahead. Listen in!

What did you think of Star Wars: The Force Awakens? Head over to our podcast Facebook page and let us know.

Comic News Insider: Episode 664 is now available for free download! Click on the link or get it through iTunes! Sponsored by Dynamic Forces.

Emily Edwards returns to co-host this Christmas special! Full of Christmas cheer, comics and songs! They chat about favorite Christmas movies and TV specials while Jimmy goes on a mini Xmas rant. News includes: Mel Brooks is developing a Spaceballs sequel,  a Captain America special will air before the season 2 Agent Carter premiere and it is confirmed that Santa Claus is real! Leave your iTunes comments! 5 stars and nothing but love! Also, get a hold of us!

By now you’ve seen the trailer and new poster for Star Wars: The Force Awakens. And by now you’ve seen hundreds of rumors, reaction videos, over analysis of the trailer and so on so what’s one more? It’s Star Wars how can you ever be sick of it? This week the guys break down their favorite parts of the trailer for The Force Awakens. They also address their feelings on some of the more popular rumors floating around. All the while John complains about missing the Supergirl premier. So sit back and enjoy A Force Awakens! 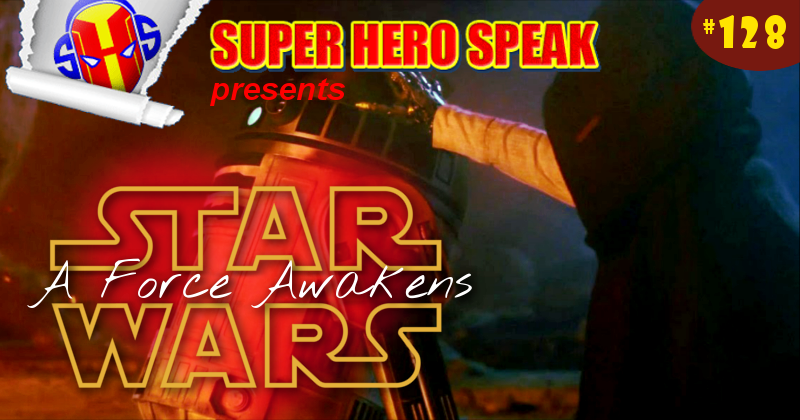 Brant, John, Gordon and Ron discuss the industry news over the last several weeks, including the new Age of Ultron trailer, the return of DuckTales, the Supergirl TV show, and more, plus talk of recent episodes of Agents of SHIELD, Arrow, Constantine and so on!

(The Zone 4 site has been down a lot recently, we are getting new hosting soon)

Disney to Relaunch DuckTales in 2017

Matt Wagner on The Spirit

The podcast wife Erica Schultz is back again by popular demand! She and Jimmy chat briefly about that sweet Power/Rangers fan film, the recent Star Wars Rebels reveal and give some major love to the late Leonard Nimoy. News includes: Noelle Stevenson is reviving The Runaways, CW’s The Flash and Arrow spawn spinoffs, Adventure Time is heading to the big screen, Joe Madureira’s Battle Chasers may be returning, House DeFraction inks a TV deal, DuckTales returns, Harrison Ford is coming back to Blade Runner, Netflix is bringing original/rebooted cartoons, Grace Helbig and Hannah Hart are Electra Woman and DynaGirl, and more casting for Supergirl, Lucifer and Daredevil. Leave your iTunes comments! 5 stars and nothing but love!

Comic News Insider: Episode 544 is now available for free download! Click on the link or get it through iTunes! Sponsored by Dynamic Forces.

A bit of a downer before bringing you the upper. But isn’t that what life is all about?

Superfluous electronic dealies on EVERYTHING!

UFP OF THE WEEK!

–          Congrats to Jimmy Palmiotti and Amanda Conner getting hitched!

“It was a dark and stormy night….”

Perth might be in the shits weather –wise at the moment, which works well for us as our brains are always in the shits! (we apologize for the rain in the background!)

Check out our picks for the Perth International Comedy Festival

Hoping to get sponsorship from Johnson and Johnson

We answer YOUR questions and talk topics! All 16 of them!!!

Man of Steel will be bigger than Star Trek (our prediction)

Australia shall continue to steal Game of Thrones

Kid Rock to join Bon Jovi for their Australian “Three Songs Only!” tour

Luke Evans cast as The Crow

And now, friends, the end fast approaches as Chris and Scott begin the final leg of their journey through the Marvel Comics Star Wars universe!!

This episode, the Freaks take a look at Star Wars #101, in which we go on an otherwordly My Little Pony adventure with Han Solo, and something smells a bit fishy in Star Wars #102 when Luke and Lando return to the water world of Iskalon!!

Last, but hardly least, Indiana Jones Returns in yet another exciting, Nazi-killin’ installment of his “Further Adventures”!

It’s been a few weeks folks, but we are still kicking strong, well at least two of us. Mike and Kev hold down the fort as TJ struggles with his grad school. Sci Fi is discussed at length. What is better than a discussion on the awesomeness of Bruce Campbell… A discussion on Kurt Russell of course. And what the hell could ever top that, well Harrison Ford you silly goose. All three are fit into this show in an explosion of balls and dynamite that could only be stopped by Lou Diamond Philips. Mike joins the he-man Marvel-haters club. and DC is discussed… again… as it should be. Enjoy!

In this special episode I’m joined by Pat Loika (Loikamania!) to discuss two comic book movies that came out this summer. We talk about Captain America: The First Avenger and Cowboys & Aliens. Spoilers!