Jason Lutes began his Berlin series in the spring of 1996, with plans to publish his ambitious project over a 24-issue run. Over the years, he pared down the number of issues to 22, and the last of those was released in March of this year. Earlier this month, Drawn and Quarterly released a complete single-volume edition of Berlin, clocking in at over 550 pages, as well as a third volume of the series, City of Light, for those who had already gotten the previous two collections, City of Stones and City of Smoke, and didn’t want to get the completed series in just one volume.

Berlin is a massive narrative with an ensemble cast. It takes place in that volatile city during the last days of the Weimar Republic, 1928-1933, when Germany was struggling with its economy and war reparations, and a variety of political factions — in particular, the Communist Party and the National Socialist Workers Party — were vying for power. Lutes’s story primarily focuses on the lives of Kurt Severing, a world-weary journalist, and Marthe Müller, an uncertain art student moving to Berlin and longing to define herself in this newly adopted city. But there are a variety of other characters, as well, and Lutes even peppers his fictional cast with several historically based figures, including the jailed journalist Carl von Ossietzky, Joseph Goebbels, Josephine Baker, and, yes, Adolf Hitler himself. The result is an expansive narrative that not only captures the Weimar culture at the time, but also explores individual desires and unpredictable relationships in the midst of political and economic upheaval. In his interview with him, Derek talks with Jason about the origins of the series, the amount of research that went into the project, how the city of Berlin became a point of inspiration, the various challenges he faced maintaining such an ongoing series for over 20 years, and where Jason’s artistic ambitions may take him next.

This week’s episode #294 features the return of David Miller, who discusses his newest comic limited series The Frankenstein Zombie, among other things! His Indiegogo for this series ends in the next couple of days, so this is the perfect time to jump on board! David talks about the original classic story being his inspiration for the book as well as the various supporting characters in the series as well as what it took to bring this together! For more about The Frankenstein Zombie, go to this link! Time is limited, so once you’ve listened to this interview, be sure to head to the Indiegogo link above to support this great comic! 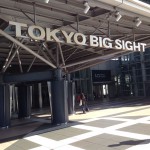 On November 23, Tim once again visited the International Manga Festival (Kaigai Manga Festa) at Tokyo Big Sight. Comics creators from around the world (including Mulele!) were exhibiting their work to an enthusiastic mostly-Japanese crowd. Tim interviewed a number of exhibitors; hear them in this week’s episode, and see them below the jump in this post!

END_OF_DOCUMENT_TOKEN_TO_BE_REPLACED

Planning a murder that you think will prevent future murders? That’s the premise — or, at least, one of the premises — of Monster, Naoki Urasawa’s 18-volume series. Set in Germany, the series focuses on the unintended consequences of Dr. Kenzo Tenma’s good deed; he saved the life of a boy who turned out to be a remorseless killer. Tim and guest reviewer Natalie Nourigat discuss.

A review of Monster on alltooflat.com

Join Michael and Scott every Friday for
“Tales of the Justice Society of America“!! “!!