This week the guys are joined by the creative mind behind the syndicated comic strip Sour Grapes, Tim Jones! This is the first time we’ve had a comic strip creator on the show so the guys are full of questions. They also they give the latest updates on #NerdMadness and talk some Marvel and DC news. Plus John has ANOTHER Hans Zimmer melt down. All this and much, much more, enjoy!

Daredevil: Born Again came out in 1986, when US mainstream comics were changing in ways that now are either taken for granted or now look a bit antiquated (so much story in so few pages!). Frank Miller and David Mazzucchelli were making their mark. But does their storytelling style hold up 33 years later? How does it look alongside Miller’s contemporaneous The Dark Knight Returns? Koom and Rob discuss this classic story arc from Daredevil #226-233.

Comic News Insider: Episode 859 is now available for free download! Click on the link or get it through iTunes! Sponsored by Dynamic Forces.

Jimmy got some great interviews while at Heroes Con! He catches up with Megan Levens (Buffy the Vampire Slayer Season 10/Back to the Future: Tales From the Time Train) to chat about her recent work, what it’s like working for so many licensed properties, and some of her favorite characters. Katie Skelly (My Pretty Vampire/Nurse Nurse) talked to Jimmy about the themes in her comics, her love of Frank Miller’s Sin City and musical inspirations. Evan Pozios & Patrick Thomas Parnell give the skinny on their comics Time Grunts and Johnny Phantasm. Leave your iTunes comments! 5 stars and nothing but love! Also, get a hold of us! 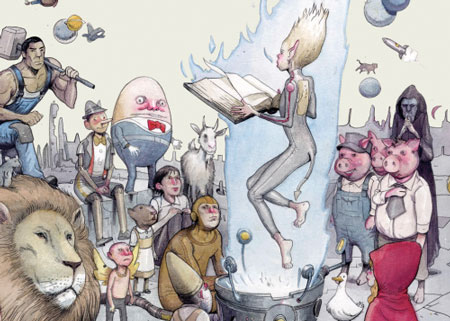 Comic News Insider: Episode 839 is now available for free download! Click on the link or get it through iTunes! Sponsored by Dynamic Forces.

Reviews: The Curse Of The Brimstone #1, Demi-God #1, Isola #1, Xerxes: The Fall of the House of Darius and the Rise of Alexander #1, Legion S2 premiere

Jon Hoche returns to the rotating co-host chair once again. Jimmy went to MoCCA Festival over the weekend and got some great interviews. Including a last minute/unplanned one with THE John Leguizamo! Jimmy gives his recap of the festival as well. The boys talk about the Legends of Tomorrow finale, the upcoming The Walking Dead finale and that Heroes For Hire rumored TV series. News includes:  a new Catwoman comic series is coming, a Y: The Last Man TV series is in the works, Toy Story 4 gets a release date and more! Leave your iTunes comments! 5 stars and nothing but love! Also, get a hold of us! 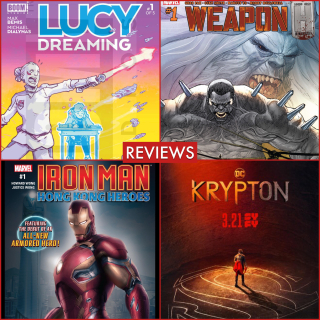 In this episode the guys sit down and discuss the latest Marvel and DC news. Plus they review the pilot episode of Krypton and debate who will die in Infinity War. Warning this episode contains spoilers for Krypton. All this and much more so sit back and enjoy! 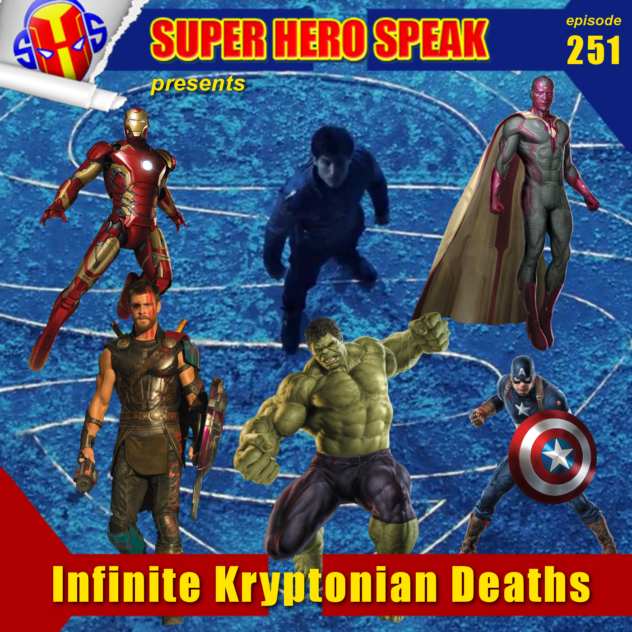 Comic News Insider: Episode 835 is now available for free download! Click on the link or get it through iTunes! Sponsored by Dynamic Forces.

Emmy Potter returns after a long absence to nerd out with Jimmy! They chat about that rumor that Fox wants Buffy the Vampire Slayer back and Jimmy talks about seeing Penelope Bagiue last week talk about her new book Brazen: Rebel Ladies Who Rocked the World. News includes: DC unveils new Black Label imprint, Netflix strikes a deal with Rob Liefeld for his Extreme Universe, Jeff Goldblum will voice his character in the upcoming Jurassic Park video game and more! Leave your iTunes comments! 5 stars and nothing but love! Also, get a hold of us!

51:50 – Audio feedback from Matt Downs and Jerry the Gnome

Comic News Insider: Episode 782 is now available for free download! Click on the link or get it through iTunes! Sponsored by Dynamic Forces.

Jon Hoche joins Jimmy in the co-host chair again this week! Jimmy is madly prepping for San Diego Comic Con and has so much to do! News includes: Harley/Ivy will meet Betty/Veronica, Frank Miller is doing a 300 prequel, Marvel’s New Warriors is cast with Milana Vayntrub as Squirrel Girl, The Umbrella Academy live action series is coming to Netflix, Titan Comics is publishing an illustrated adaptation of The Beatles’ animated film Yellow Submarine, Michael Jackson’s Halloween will be an hour long animated special  this October on CBS, and more! Leave your iTunes comments! 5 stars and nothing but love! Also, get a hold of us! 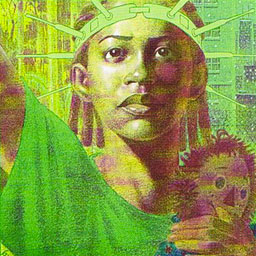 Frank Miller and Dave Gibbons’ brilliant Give Me Liberty features a surreal America in the near future that is falling apart. Their Martha Washington, a young black woman raised in a housing project, is a tough, resourceful, heartbreaking heroine who journeys through and ultimately survives this America.

Koom and Kumar reflect upon the neglected classic and its eerie ability to touch upon the spirit of America during this election season. They recorded this podcast after the third presidential debate, when Hilary Clinton seemed likely to win, and joked about the connections. Sometimes, reality has a way of outdoing fiction.

All Star Batman & Robin, the Boy Wonder is an American comic book series written by Frank Miller and penciled by Jim Lee. It was published by DC Comics, with a sporadic schedule, between 2005 and 2008… This was the first series to be launched in 2005 under DC’s All Star imprint. These series are helmed by renowned writers and artists in the American comic book industry and attempt to retell some of the history of prominent DC Universe characters, but outside of DC Universe continuity, and not be restricted by it, in order to appeal to new and returning readers. Each title under the All Star imprint is set in its own continuity and separate universe. According to Miller, the series takes place in the same universe as The Dark Knight Returns.

The goddamn hosts of this goddamn podcast try to figure out what the hell is going on with this goddamn comic…I’ll stop now. We, like so many before us, struggle to reconcile the craziness of this story and fit it in its time and place in an attempt to understand what really cannot be understood. I go on a sort of strange rant about Marvel fanboys. Much like the comic we read, this episode is sure to leave most wondering what the hell they just experienced.

Our hosts for this episode are Brant Eddy, Joe Preti, Kenny “Coach” Wisdom and Tobiah Panshin. On our next episode we will be reading Monstress.

A special thank you to our Patreon sponsors for this month: Tony Queretaro, Chris Bianculli, Bryan May, Addison Appleby, and Kerfy Gonzo.

This week (and next), we turn the mic back on ourselves. What, in terms of comics, are we doing? 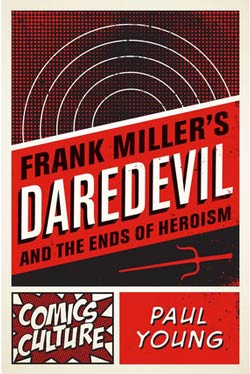 First up, Paul, To the Batpoles co-host and occasional DCP contributor, talks about his book Frank Miller’s Daredevil and the Ends of Heroism, which is finally out! In it, Paul reflects on how Miller’s Daredevil changed comics — and Paul. 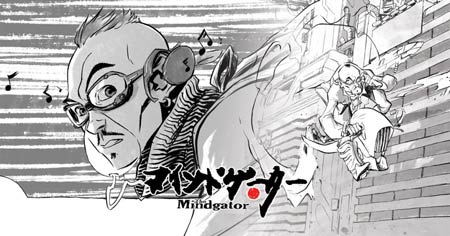 Then, Mulele catches us up on The Mindgator — soon to be Kickstarting volume 2 — and the new edition of his black cat comic Elbis! 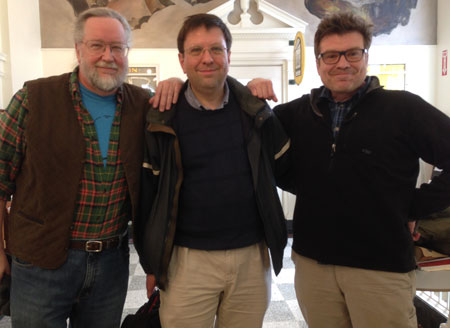