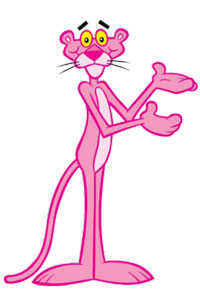 If you’re listening to this podcast, you’ve probably at some point encountered (if not read) a history of DC or Marvel. But how about Harvey Comics? or Cracked Magazine? And if you’re into animation, perhaps you’d like a history of DePatie-Freling or Total Television Productions?

Comics and animation historian Mark Arnold has been tracking down the info on these companies and more. He also discusses Joe Edwards’ Li’l Jinx strip, that time when Blondie had a comic book, why Wonderful World of Disney seldom showed cartoons, and the storage challenges inherent in his chosen profession! 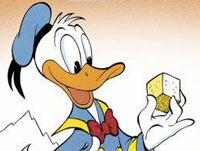 From 1942 to 1966, many of the Donald Duck comic books published by Dell Comics were written and drawn by Carl Barks. Like most comic book creators at the time, his name was unknown; the Duck comics were all credited to Walt Disney. Fans only knew that his work was by the GOOD duck artist. Barks created Scrooge McDuck and many of the other duck characters that are taken for granted as part of Disney canon today.

What made Barks the standout Duck artist? Were they meant to be satirical, or simply enjoyable stories? Tim, Kumar, and Tom Spurgeon discuss Barks’ work, particularly the Fantagraphics volume “Lost in the Andes.”

Comics Journal review of Lost in the Andes 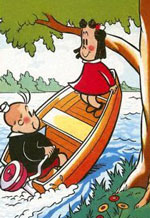 You’ve probably heard of Little Lulu. Perhaps you’ve read one of her comics, or maybe you saw the ’90s cartoon series on HBO. But did you know that, in the mid-20th century, Lulu was a merchandising juggernaut? Tim and Kumar discuss the background of the character, and review the Dark Horse book Lulu Takes a Trip.