Comic News Insider: Episode 366 is now available for free download! Click on the link or get it through iTunes! Sponsored by Dynamic Forces.

Strap in! It’s another super-sized episode! Sorry for the length but we have over an hour worth of great interviews. Jimmy is joined by Aussie pal Matt Brick again to review tons of comics and chat about Speakeasy Dollhouse, Mekhi Phifer, Once Upon A Time, X-Men anime on G4, Grace Helbig co-hosting Attack of the Show, CDC zombie comic, Marvel layoffs, Dry Seasons preview, The Loxley’s and the War of 1812 preview, and Matt Smith might be leaving Doctor Who. Speaking of…more NYCC interviews with G4TV’S Blair Butler and Blair Herter. Blair Butler swung by the Comic News Insider booth to hang with Jimmy and chat her first written comic book called Heart. They also chatted the comic industry and recent comics as well. Blair Herter came by after meeting Jimmy the night before and having many drinks. They had a blast talking comics, video games and how Jimmy is stealing his fiance’, Jessica Chobot, from him. Kevin Mellon also came by to talk about Heart. You know, since he’s the artist on the comic book. News includes: Ben McCool & Nikki Cook’s Memoir heads to TV,  Mark Millar and Dave Gibbons announce their comic The Secret Service, Joss Whedon takes on Much Ado About Nothing, 2000AD fills gap in empty Barnes & Noble shelves, The Punisher heads to TV, Spider-Kids dressed up needed for Spidey column, Ed Brubaker’s Criminal heading to film, Red 2 is coming and King Con III is postponed. As always, Listener Feedback, the Top 3 and more! Leave your iTunes comments! 5 stars and nothing but love! 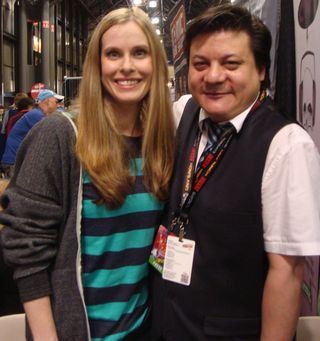 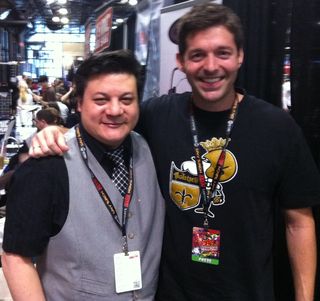