Host Anthony Desiato wades into the cosplay waters with his wife, Stephanie, and seasoned cosplayer Peggy Pincurls, who has appeared at comic conventions across the country as Agent Carter, Winter Soldier, Black Widow, and more. As they explore this fascinating aspect of con life, Anthony, Stephanie, and Peggy address the power of cosplay to connect & inspire, important issues of gatekeeping & consent, and the practical realities & physical toll of donning a costume on the convention floor.

Host Anthony Desiato concludes his four-episode deep dive into the extensive back issue buying and selling practices of Zapp! Comics founder and co-owner Ben Lichtenstein. In the finale of this “Beyond My Comic Shop” miniseries, Anthony and Ben discuss who Ben looks up to in the dealer world, how collections are a record of someone’s fandom and life, and what Ben’s road trips are like. Bonus: This episode contains a free preview of the series premiere of MY SUPER FAN HISTORY, available now at the My Comic Shop History Patreon page. Tune in for the midseason premiere of My Comic Shop History (aka Season 4B of “Con Season”) on 9/19/18!

Host Anthony Desiato continues his four-episode deep dive into the extensive back issue buying and selling practices of Zapp! Comics founder and co-owner Ben Lichtenstein. In Part 3 of this “Beyond My Comic Shop” miniseries, Anthony and Ben talk about the legacy and teachability of the Zapp! buying method, the books that still excite Ben, and some of the biggest collections Ben has dealt.

Host Anthony Desiato continues his four-episode deep dive into the extensive back issue buying and selling practices of Zapp! Comics founder and co-owner Ben Lichtenstein. In Part 2 of this “Beyond My Comic Shop” miniseries, Anthony and Ben talk about navigating potential conflicts, the art of negotiation, price guides, and the grading & restoration of books.

Support the show on Patreon: https://www.patreon.com/GrawlixPodcast 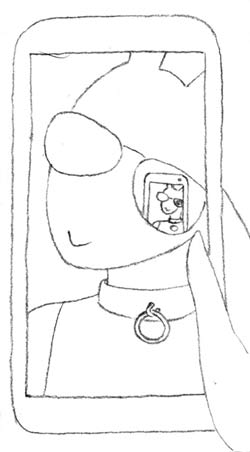 On the Cute Juice Comics blog, Kawai Shen recently wrote a post about problems with representing the Internet in comics and other media. On this week’s show she talks with Tim about the Net in comics, this year’s TCAF, convention tabling for introverts, following up on convention contacts, the Dirty Diamonds anthology, and Canadian government grants for artists… even comics artists!

PLUS: Simon Fraser, co-creator of the Nikolai Dante series in 2000 A.D., talks about the Dare2Draw project, and the involvement of Mike Baron and Steve Rude’s Nexus in their proposed anthology.

Become a patron! If you pledge at least $3 a month through Patreon, you can access additional audio of Tim’s talk with Kawai Shen, on writing about members of marginalized groups — or simply about cultures the writer isn’t familiar with. Example: Fifty Shades of Grey!

Join Captain Ron Fortier and Chief Engineer Rob Davis for another packed hour of New Pulp goodness, including the release of Airship 27 Productions’ latest book, TOWERS OF METROPOLIS. Plus, Ron discusses his property, BROTHER BONES, being made into a movie!