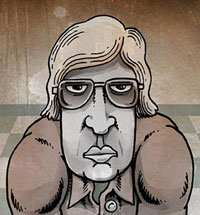 How would you feel if someone you went to high school with showed up on the news as a murderer? That’s what happened to the cartoonist Derf Backderf, who was acquainted with future serial killer Jeffrey Dahmer when they were teenagers in the ’70s.

Backderf looks back on this experience, and the warning signs missed by all, in his 2011 graphic novel My Friend Dahmer. It’s more than just a memoir — Backderf did a lot of research and includes a lot of things he had no way of knowing about when they happened back in the ‘70s. Matching up his own Dahmer experiences with information that came to light after Dahmer’s arrest makes for a book that’s both chilling and thoughtful, and one that Kumar and Tim couldn’t put down! This week, our review.

This week, it’s a Zone 4 Classic as Cary Kelley and Chuck Kennedy return! They join Brant and John as they look at Convergence, Secret Wars, Flash, Gotham, Comics Journalism, and more!

Not to mention James Franco naked at Chuck’s house…

Plus, the moratorium on Nicolas Cage and horse movies being banned from Zone 4 is lifted.

And then they close out the show with announcements.

Look for a special extra episode featuring the Silver Age cast in the upcoming weeks!

Everything That’s Wrong with Comics Journalism

There are numerous ways in which you may have encountered Ted Rall‘s work. In addition to his political cartoons, he’s taken on a variety of other formats and other media: comics journalism (in central Asia, including Afghanistan), newspaper columns, radio, graphic novels, and MAD Magazine work.

While his political views are left-of-center, his tendency to question Democrats as well as Republicans has brought pushback from some on the left. Whether his target is a Republican, a Democrat, or another political cartoonist, Rall pulls no punches.

In this episode, he talks with Tim about his philosophy of political cartooning, filing comics from a war zone, why his editors at MAD just don’t “get” his character Fantabulaman, and much more. 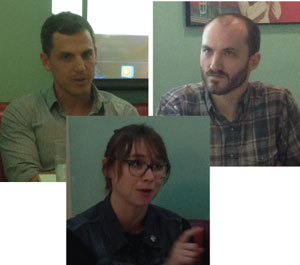