EMBS (don’t make us spell it out for ya!) Ep. 8 talk as of August 30, 2020! If you want to get these episodes as soon as they come out become a Patreon patron! It’s a round robin of rancor, resentment, real-talk and respect as the guys sound off with spoilers on with special guest Alex Smith

Comic book round table. This week, we have – the Black Panther Marvel movie and more ………..

This week the guys review the latest film in the Marvel Cinematic Universe, Black Panther. A movie so epic that they invited Mark from the So Wizard podcast to join in and help with the heavy lifting. Black Panther is the 18th film in the 10 year reign of the MCU and yet there is no sign of Marvel slowing down. So listen to what we have to say then let us know what you thought of Black Panther. Enjoy! 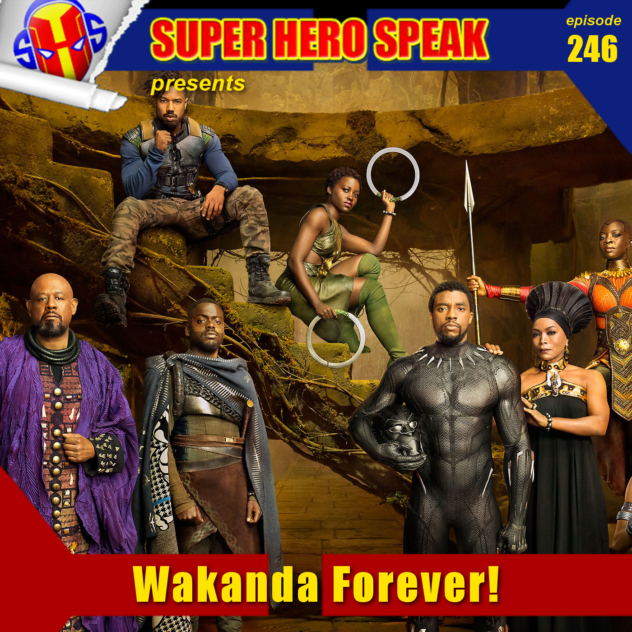 Comic News Insider: Episode 686 is now available for free download! Click on the link or get it through iTunes! Sponsored by Dynamic Forces.

Emmy Potter returns to the studio to co-host with Jimmy after a short absence. They chat about those Tom Hardy in Star Wars VIII and John Barrowman returning to Doctor Who rumors (but not the Fleetwood Mac ones).  News includes: Gene Yuen Lang returns to comics with Dragon Hoops, Oni Press is launching a pro-erotica/sex education imprint, Ryan North/Derek Charm will take over the Jughead series, Van Jensen named first ever Comic Book Ambassador of the United States, CBS will stream the new Star Trek series weekly, Disney will no longer self-publish platform games, Locke & Key is again in development for a TV series, SyFy has ordered Krypton to series and more! Leave your iTunes comments! 5 stars and nothing but love! Also, get a hold of us!