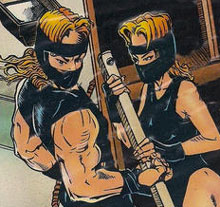 Remember the ‘90s? Remember gold foil covers and mutants with huge guns and toothpick feet? If so, then perhaps you also remember Malibu Comics, the company that originally served as Image Comics’ publisher. After Image broke off on its own, Marvel bought Malibu, only to shut it down when the comics industry imploded. Roland Mann was an editor at Malibu (on the Ultraverse titles, among others) and has also written a number of comics (including Cat and Mouse). This week Tim talks with Roland about the ‘90s and what he’s been doing since then, including a new comic, Citizens, that he’s working on with Terra Kaiju artist Joe Badon!