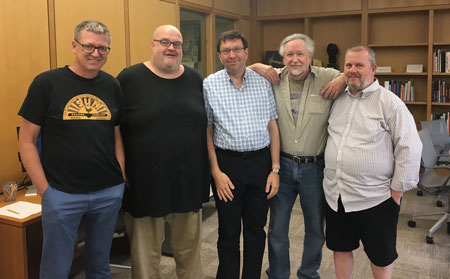 As for Derf — that interview is coming later this month! 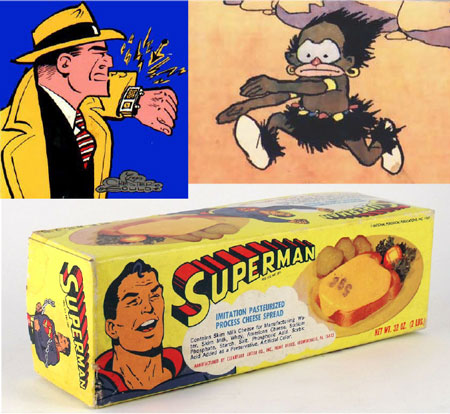 At the Billy Ireland Cartoon Library and Museum in Columbus, Ohio, curator Jenny Robb has what most of us would consider a dream job. But she and other staff members recently had an unenviable task: choosing which 40 items to include in the museum’s fortieth anniversary exhibit. In this episode, she talks about that decision process, and answers some burning questions: Why was the comics field so male-dominated in the 20th century? How were Windsor McCay’s colors for strips like Tale of the Jungle Imps transmitted to newspapers? And much more.

Meanwhile, in Arkansas, Mike Curtis is helping to keep alive another classic comic, Dick Tracy. He’s the current writer of the strip, which won the Harvey award for best syndicated strip for three straight years through 2015, and in this episode he describes his work process on the strip. He’ll also tell us about being one of Harvey Comics’ last writers, his long-running “furry” comic Shanda the Panda, and his Superman memorabilia collection. It’s a bird! It’s a plane! No, it’s a cheese box! 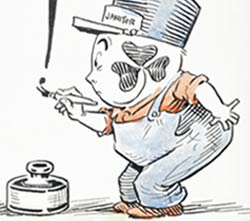 The Billy Ireland Cartoon Library and Museum, on the campus of Ohio State University, houses the world’s largest collection of comic strip tear sheets and clippings, and also archives original art, manuscript materials, and other comics-related items. This week Caitlin McGurk, Associate Curator at the museum, talks to Tim about Milton Canniff’s connection to the museum, the challenges of art preservation, some highlights of the museum’s holdings, and more.