Warning: This episode contains dad jokes and many tangents! But once you get past that the guys discuss John Boyega’s Rise of Skywalker script ending up on eBay, if the Snyder cut even exists and Robert Pattinson kinda craps on Batman. All this plus an interview with Lauren Tom, enjoy!

This week the guys talk about their experience at New York Comic Con 2019. The sites, the sounds and the craziness! What it was like meeting up with fellow podcasters and the bring you interviews! Kevin Conroy (Batman the Animated Series), Will Friedle (Batman Beyond, Boy Meets World) and comic book writer Brian Joines (Bill and Ted Go to Hell, Krampus) enjoy!

Jim and Eric are back from their non Thanksgiving break to give you a long podcast filled with DC Comics comic book talk and comic news.  We find out that Jim is “special” and Eric has ripped his taint, but none of that can prepare you for the awesomeness of Mumbo Jimbo!  Yes, the seer of the future arrives from beyond to give us stories of what will be…IN THE FUTURE!  There is also plenty of Listener Mail, Reggie’s Recklessness and an epic save by Ryan in his Other Side segment.

Mumbo Jimbo’s Predictions: DC Comics is ready to change up a bunch of book’s creative teams (Green Arrow, The Flash and Batgirl), DC Comics will announce a handful of Digital First Titles including books based on the Supergirl and Legend’s of Tomorrow TV Shows, Mystik U is not dead and will be coming out in March…Mumbo Jimbo has spoken!d

Reggie’s Recklessness: Comic Books are drugs and we are all addicted

Twitter: @WeirdScienceDC
Click HERE to check us out on iTunes and be sure to give us a quick review
If you want to send us mail, send it to weirdsciencedccomics@gmail.com and remember, we will read EVERY one on the podcast.
Key Words: Comics, Comic Books, Comic Book Podcast, Comics Podcast, Batman, Superman, DC Comics, Wonder Woman, Justice League, Podcast, Comic Book, superhero, superhero podcast, DCU, DC YOU, DCEU, DCAU

This week we give you our live performance from Philly Pod Fest 2015! The guys had a lot of performing the podcast in front of a live audience and can’t wait to do it again next year. Special thanks to our guest Mike Manley for putting up with the guys shenanigans. John definitely seemed to be in his element and did a great job of making a fool of himself at the beginning of the show to help set the tone and relax everyone. Also thanks to Facevalue Comics and Outpouring comics for donating the prizes for our first ever Stump the Geek live! Thanks again also to Tattooed Mom for hosting the event, the best bar on south Street! So sit back and enjoy our first ever live podcast! 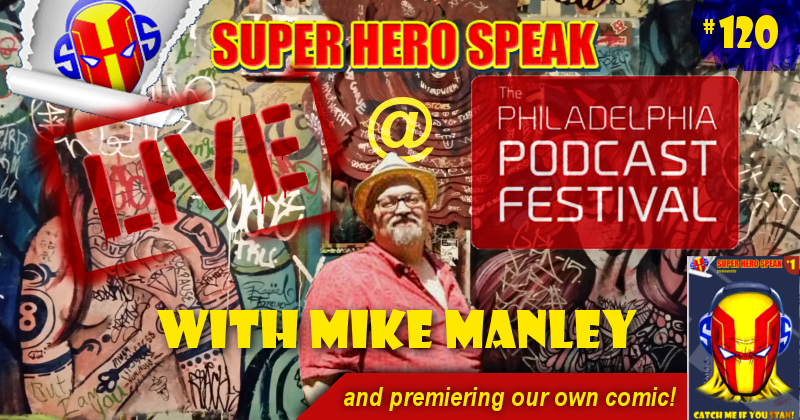 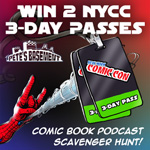 http://www.petesbasement.com/nycc_giveaway for your chance to win 2 free passes to NYCC 2015!

This week the guys sit down with Mike Manley. Mike has worked on such titles as Batman, Captain America, and the Power of Shazam. But he might be best known as the co-creator of Darkhawk for Marvel Comics. He’s also worked in animation on such shows as Batman, Batman Beyond and The Fairly Odd Parents. And now Mike teach’s and is an accomplished painter, but still finds time for comics. In fact he just worked on 2 issues of Convergence for DC. So sit back and enjoy our conversation with Mike Manley! 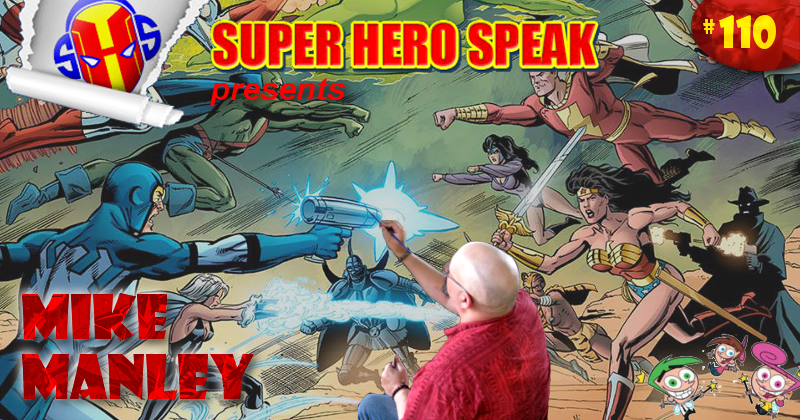 Comic book round table. This week, we have – Secret Wars Review, Future Imperfect #1, Groot #1, Master of Kung Fu #1, Batman Beyond #1, Interview with Dan Jurgens and more ………..

On this podcast we’re joined by JoshWill from Foshkos as we talk some iZombie, Flash and all the recent comic book animal deaths. Then it’s on to comics with reviews of Chrononauts #1, Red One #1 and Sexcastle. Listen in!

Who will die next? Head over to our podcast Facebook page and let us know.

It’s a very special episode this week, featuring my interview with comics writer/artist Dan Jurgens! He’s a busy guy these days, working on DC’s weekly Futures End as well as Aquaman and the Others. We talk about how he works with other creators to make these excellent titles happen, and even discuss a favorite character he developed that’s making an appearance in The Multiversity #1! Don’t miss it!

Next week, there’ll be another fun chat with a great comics creator as we count down to episode #150!

After 4 failed attempts and 3 laptops later, the sidekickast bring you another fine episode, because we couldn’t let our fellow Sidekicks down!

This episode we’re joined by Pete Rogers, who fills us in on his new comic imprint, Dapper Chimp Press and gives us the 411 on the new and future projects coming from the studio. We also talk about submitting to comixology and trials in tribulations of self-publishing, including kickstarter. Bones also makes an audacious announcement about the future of his comics experience.

In Stack Attack the guys give a mention and start a campaign to ensure that everyone continues to purchase Collider despite the name change. Dan tries to get his head around Batman/Superman #2!  Bones hits up his digital first Batman Beyond 2.0, which Dan struggles with too.  Satellite Sam #2,The Bunker #2 and It Came #1.

In Secrets and Lies, the sidekicks look to close the gap for the final dare finale!!!

In our final section Doktor Andy interview the nerdcore legend that is Adam Warrock.  Ch-ch-ch-check it, yo!

It’s been a terrific week for fans of Superman and Batman, and we get to celebrate that here at the Wayne’s Comics Podcast with a special 94th episode!

First up is a great interview with Nightwing and upcoming Batman Beyond scribe Kyle Higgins, who talks about both gigs and how he got into writing for the Batman family of comics. He discusses the current storyline with Dick Grayson in Chicago and gives a couple of hints about what we might expect in the coming months.

Then I talk with Dave Romeo from Comics on the Green in Scranton, Pennsylvania, about how his great store is doing (and the industry as well). Their site is located at comicsonthegreen.com!

Everything wraps up my “faster than a speeding bullet” review of the new Superman film Man of Steel, so don’t miss it!

It’s the 85th episode of the Wayne’s Comics podcast, and the first at MajorSpoilers.Com!

This week features an interview with Adam Beechen, a long-time scripter of Batman Beyond in the comics! Adam talks about how he got into writing the comic version of the successful animated series, and how much creative freedom the series gives him. He’s also got a lot of projects coming you should know about, so be sure to listen in to this fun conversation!

Then everything wraps up with Steve Davis discussing the latest ‘News & Previews’ with me! Don’t miss it!