This week the guys discuss their favorite movies and what movies they think are over/underrated. They also discuss the latest marvel and DC news like Jon Favreau wants to direct another Marvel Movie and what did they Think of the Watchmen trailer? Plus they include an interview with comic book writer David Pepose. All this and much more, enjoy!

Check out Ida finds her voice on Kickstarter: https://www.kickstarter.com/projects/idafindshervoice/ida-finds-her-voice-0

George and I go over the October 2018 Previews catalog for items shipping starting in December.

Please send your comments to longboxreview@gmail.com, chat with me @longboxreview on Twitter, and visit longboxreview.com. Please subscribe, rate, and review the show via Apple podcasts. 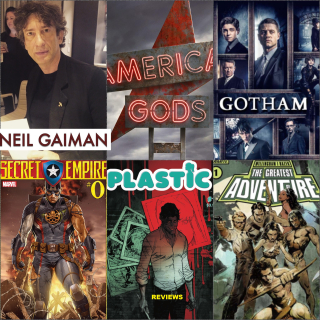 The Comic Frontline crew reunites to discuss the latest in comic news, releases, and more!

This week, news from New York Comic Con floods in, All-New, All-Different Marvel begins, and the group discusses their Top 5 and worst picks for the week in a new one-off format!

This week it is all about movies I have dedicated the episode to movies reviews. I continue to work through my ever growing stack of unwatched movies to bring you review and recommendations of the following movies Batman Forever, Batman & Robin, Batman, Batman Begins, The Dark Knight, The Dark Knight Rises, and Avatar. Enjoy!

The Book of the Month for March 2012 is none other than Captain Swing and the Electrical Pirates of Cindery Island (Avatar) written by Warren Ellis and illustrated by Raulo Caceres.

The rumors of my demise are greatly exaggerated. Lobster Johnson hijacks my show as I nurse the hangover from hell. His Pick Of The Week goes to Mark Waid & Marcos Martin for Daredevil #5 (Marvel). Fast Five picks include Incredible Hulk #1 (Marvel), Journey Into Mystery #630 (Marvel), Captain Swing & The Electrical Pirates of Cindery Island #4 (Avatar), Secret Avengers #18 (Marvel), and Wolverine & The X-Men #1 (Marvel). Spoilers!

DC has big news, and we practically ignore it during the show! Not because we are against it, but more due to the fact that we are all taking a wait and see approach, but Bo will kill people if Lobo doesn’t get his own title and Weed will break arms if Secret Six with Gail Simone doesn’t return. John is gonna slobber on you while you sleep no matter what happens! Plenty of comics to talk about.

While the reviews may be done with this year, there will still be plenty of content in these next few weeks!

Episode 98
Better late than never folks, Due to a screwup by libsyn i was unable to post this on its normal day but here it is for you in all its bad audio quality. Recorded the first night in Charlotte back in June, this show returns the F bombcast to some of its racially charged roots. Not a whole lot of comics are discussed but movies are represented in earnest. Avatar gets the whole once over by Kev and Dave, is it Politically charged leftist garbage that just looks nice, or is it a fun Sci Fi flick that is pretty, i think you can figure out who said what. I really do not remember what else is discussed other than Teeth, a cozy little film about a vagina with teeth. Enjoy folks.

Get it on iTunes, Zune marketplace, or at http://www.fbombcast.com or this handy dandy player right here

In Issue 34, Aitch Kev and Will discuss the pros and cons of doing the NFL Draft on a weeknight, Joss Whedon on the Avengers, the NPD numbers and Marvel considering doing smaller budgeted films. In 1st Impressions: The guys going into a ‘long expose’ on why Kick Ass is so great (they really don’t!), Splinter Cell Conviction and Kevin gives much love to the Avatar DVD (heh!). In Comic Reviews: Aitch talks about  Irredeemable and Incorruptable by Boom! Studios, Will talks about the graphic novel 45 by Andi Ewington and Kev tackles Brightest Day 0. The guys finish off the show with a roundtable discussion about Kick Ass isn’t bad for kids, but irresponsible parents are.

This week is a special week as I am joined by listener and friend Jeff Sandquist. Jeff usually writes an e-mail to share his thoughts, but this week I thought I would give him the option of the microphone. What is discussed? Everything Jeff is reading: books from IDW, Avatar and other assorted publishers. Plus, a little conversation on Jeff’s career as a comic book fan, and a quick tangent on the Avatar movie.

Check it out; Jeff is a voice to like. 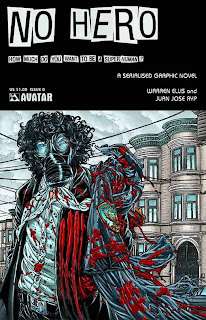 Music featured is by The Ataris.