Comic News Insider: Episode 748 is now available for free download! Click on the link or get it through iTunes! Sponsored by Dynamic Forces.

Jon Hoche continues his unprecedented run in the rotating  co-host chair! They chat about the new Iron Fist and Stranger Things trailers and Jon is trying to talk Jimmy into making a CNI cookbook. News includes: The Runaways TV show has been cast, Dark Horse Comics will be publishing the adaptation of Neil Gaiman’s American Gods as periodical comic books, Casper the Friendly Ghost comics are returning, Boom Studios is releasing a Fresh Off the Boat comic on FCBD in May, Harry Potter and the Cursed Child announces auditions for 2018 Broadway production and more! Leave your iTunes comments! 5 stars and nothing but love! Also, get a hold of us!

This episode the guys review Rogue One: A Star Wars Story. How does Rogue One compare to the other Star Wars movies? Does it stand on it’s own? Does it pander to fans? All this and more in this episode. Be warned spoilers ahead, enjoy! 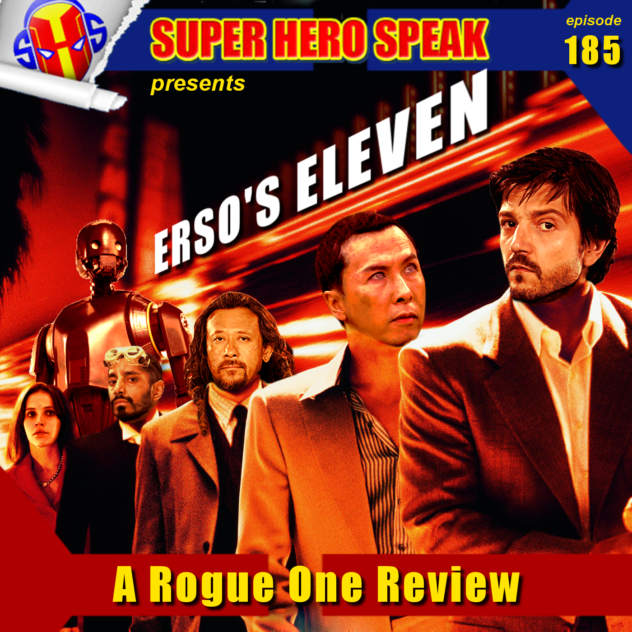 Please support us on Patreon: https://www.patreon.com/SuperHeroSpeak

Comic News Insider: Episode 353 is now available for free download! Click on the link or get it through iTunes! Sponsored by Dynamic Forces.

It’s our San Diego Comic-Con TV special! Okay, okay. I KNOW that Tucker & Dale vs. Evil is a movie, but it was the last interview left from SDCC and I wanted to throw it in this episode. CNI correspondents Megan Fischer and Melissa Bleier took care of these interviews for your listening pleasure. The sound is a bit rough on a couple as one event was outdoors and some of the roundtable rooms were quite loud. Still, they got some great questions in and did an awesome job. Megan sat in on the roundtables for both Chuck and Fringe while Melissa covered the Grimm roundtable and Tucker & Dale vs. Evil red carpet.  Leave your iTunes comments! 5 stars and nothing but love!