This week on the podcast, Derek and Andy W. discuss three new and very different titles. They begin with a narrative based in reality, Mike’s Place: A True Story of Love, Blues, and Terror in Tel Aviv, written by Jack Baxter and Joshua Faudem, with art by Koren Shadmi (First Second).

This is the story of an American who travels to Israel to make a documentary, teams up with an Israeli film student, and then learns firsthand both the promises and the dangers of the conflicted culture. Mike’s Place is beachfront bar in Tel Aviv where politics and religion are checked at the front door. It’s sacred text is written with music, drink, and multicultural camaraderie. But the filmmakers soon learn that safe havens, political and personal, can be a tenuous proposition. Andy and Derek highlight the authors’ evenhanded approach to their politically charged subject matter as well as their ability to make Mike’s Place a story of community, not a single-minded treatise. And after all of that reality, the Two Guys head in the opposite direction with fantasy. Noelle Stevenson’s Nimona (HarperCollins) is a story with supervillains, shapeshifters, and lots of cool scheming. This was a highly popular webcomic — in fact, it’s nominated in that category for this year’s Eisner Awards — that

is now high-production trade paperback. Overall, both of the guys like the book, however, both of them also have problems with Stevenson’s narrative. Andy feels that the author changes the rules of her storytelling as the book progresses, giving it an uneven feel. And Derek has problems with the pacing and overall story coherency. There are some scenes that are much too decompressed, and at times the dialogue is bloated and meandering. In many ways, the guys see Nimona as illustrative example of how popular webcomics may not successfully translate into other narrative platforms. Stevenson’s style might have resonated with devoted web readers, eagerly awaiting each digital installment, but that kind of storytelling isn’t always as effective (or as convincing) when presented as a singular text. Standing in stark contrast is the final title that Derek and Andy discuss, Optic Nerve #14, by Adrian Tomine. As he reveals in the issue’s final self-depricating one-pager, Tomine has tried to resist the

instantaneous, immediately gratifying world of digital publication and social media. This latest issue of his signature series, published by Drawn and Quarterly since 1995, is divided into two main stories. “Killing and Dying” is a family drama surrounding a teenager’s desire to become a standup comedian, and “Intruders,” dedicated to Yoshihiro Tatsumi, is an unsettling story about a soldier between tours of duty trying to reacquaint himself with his former life. Each is a brilliant example of Tomine’s skills as a storyteller, his abilities to take common, everyday premises and invest in them profound themes. Issue #14 is reminiscent of the previous two issues of Optic Nerve — structured similarly, presented similarly, and packaged similarly — and all three will soon be collected together in Killing and Dying. Much like the guys felt about Seth and Palookaville last month, both Derek and Andy see Adrian Tomine as one of the most important comics artists working today, and his art is a careful, measured testament to medium’s potential. 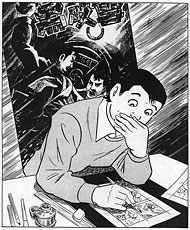 Yoshihiro Tatsumi, although he was a somewhat influential figure in the manga of the 1950s and ’60s, is largely forgotten in Japan today. However, within the past 10 years he has gained some belated fame in the West, thanks largely to the efforts of Adrian Tomine and Drawn & Quarterly.

off the shelf and do a review! And here it is.

In this episode Jesse and Freddie love them some Sweet Tooth, Art gives his 2 cent’s on Ultimate Thor,
and Jesse is truly disturbed by Wolverine: The Best There Is. 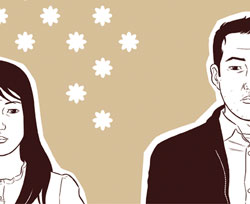