This OLYMPIC STRIPE figure has amazing detailing and design. Based on the 1984 Unofficial Olympic GREMLINS Poster Ad. This series of GREMLINS are in a 6” scale.

An action figure review of the Marvel Legends Age of Apocalypse X-MAN by Hasbro.

Nate Grey is from the 6-inch Marvel Legends Sugar Man Series. His detailing is inspired by the character from the Marvel Age of Apocalypse X-Men comics. X-MAN has detailed articulation, sculpting, and deco.

The Marvel Legends Age of Apocalypse Sugar Man Series is a six figure line with a BAF (build a figure) to make Sugar Man. X-MAN includes two of the Sugar Mans four arms.

An action figure / model review of the Tenkomori from the Neko Busou (“armed cats”) product line from Bandai.

It’s a snap-fit model kit featuring the painted figure of a black and white cat (5cm long) and many parts that allow you to build a powerful armored vehicle around him!

The Bandai Spirits Cat Tribute is hilarious, with the cat piloting a giant mecha that can burn down a small village with all the weapons it carries. This harmless-looking feline wearing a terrifying battle armor is just the sort of amazingly ridiculous thing that will stand out in any collection.

Darvold is part the Vitruvian H.A.C.K.S. line of figures. Best we can tell he features 24 high level points of articulation. The figure includes one blister-carded, 4″ action figure with accessories and figure stand.

All figures and parts use the amazing H.A.C.K.S. system to mix, match and make your own amazing figure. Keep in mind these figures are adult collectibles for Ages 12 and up. Contains functional sharp points and small parts.

Host Anthony Desiato returns to It’z Vintage in Mendham, NJ, for a deep dive into the fascinating world of custom toys with store owner and action figure customizer Allen Baus. (Encore presentation. Originally aired as an episode of Flat Squirrel Tales on 7/26/17.)

It’s Christmas time again on My Comic Shop History! For the second annual holiday special, host Anthony Desiato proudly presents a supersized double feature. First up: Anthony sits down with returning guest Chris Wilcock of Undiscovered Realm to talk market trends, moving a store, the inside scoop on running a comic book convention, and of course, Funko POPs! Then, in the second half, Anthony introduces listeners to a new shop, It’z Vintage, a mecca of classic toys and collectibles. Anthony chats with the store’s owner, Allen Baus, about his comic shop history, the timeless appeal of the Kenner Super Powers line of action figures, and the ins & outs of running his shop, which consists almost entirely of his personal collection. It’s a holiday podcast extravaganza featuring two in-depth, one-on-one conversations not to be missed!

Chris and Brant discuss some of the San Diego Comic Con 2016 exclusives, some upcoming figures, and of course present their And… Action Figure! picks!

Links to items we discussed on the show:

It’s Day 11 of the 12 Days of Zone 4, and as promised, I talk about my love for the G.I. Joe franchise dating back three decades! I’m talking action figures, cartoon, comics, etc. Now you know, and knowing is half the battle. G.I. JOOOOOOOE!

Welcome back to the Hall of Toys!

Brant and Chris are back with special guest Dan Sehn for a special All-Toy-Talk episode in celebration of our 15th episode!

First up, it’s Toy Talk, we talk about everything from WWE, to Power Rangers, to Marvel Legends, to DC Direct, to Minecraft, to Mego, to Star Wars… you name it!

Then we all three have an And… Action Figure pick before closing out the show.

Also, check out Zone 4 #255 this Friday as Cary Kelley and Frank Raynor join Brant and John!

And don’t forget to check out the Dark Avenger INC online store, where you can now purchase a Hall of Toys t-shirt!

If you’d like to sponsor an episode of Hall of Toys, go here for details, or email us.

If you’d like to email us about the show, do so at HOT @ comicrelated.com (no spaces).

Links to Some of the Stuff Discussed on the Show

WWE Figures at Toys R Us 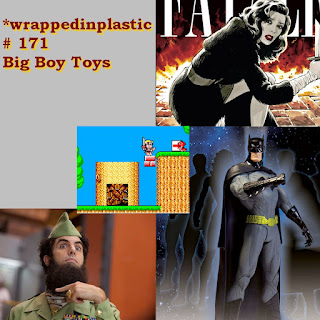 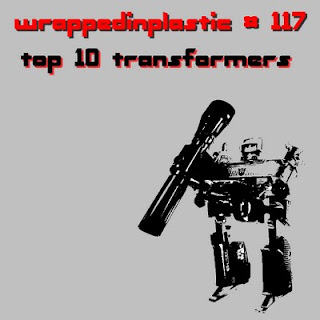 For a change of pace, Brent goes through his top 10 transformers action figures.

DC Entertainment and Boom! Studios artist Dave Beaty along with special guest host Darrell Taylor join Shawn as they reminisce about the Super Powers Collection by Kenner! We talk about the toys (good, great, and bad), the Super Powers mini-comics, & geek out over childhood memories.

Some of Darrell Taylor’s podcasts – http://comicbookroadshowandnoapologies.wordpress.com/

The Freaks’ three month celebration of The Empire Strikes Back winds up with this epic focus on the ACTUAL MOTION PICTURE! Find out how the Freaks first saw the movie, what toys they owned, and the video games they played based on one of the most eagerly awaited sequels of all time and a landmark in American Cinema! Spoiler Alert: They REALLY LIKE this movie! Oh, and Scott’s probably your father! Search your feelings, YOU KNOW IT TO BE TRUE!

Be sure to visit our forum at TheComicsForum – Two True Freaks Forum where you can tell us just exactly how SICK & WRONG you think we are!

Come to our YouTube site and see us at Dragoncon, plus some of our favorite clips!!