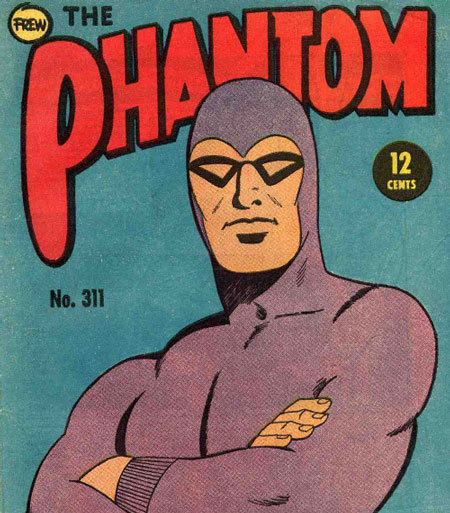 The Phantom was introduced by Lee Falk in 1936, and appeared in comic books and funny pages for decades. Now comes a new book by Kevin Patrick, The Phantom Unmasked: America’s First Superhero

In this episode, Kevin Patrick tells Emmet about the character’s global popularity, especially in Sweden, Australia, and India — and how “The Ghost that Walks” made his first appearance in all three countries in the same unlikely way. Why did the setting change in the early years from an urban situation to a jungle? What does it say about the situation in the former British colonies, especially in Africa? Why is the Phantom that Emmet remembers considered “wrong” by fans? All this and more.

Attend the upcoming CANVAS Sequential Art Meetup on Comics & Visual Storytelling in Tokyo on February 15 at 7 pm, featuring Raul Trevino, and this podcast’s own Mulele Jarvis and Tim Young!