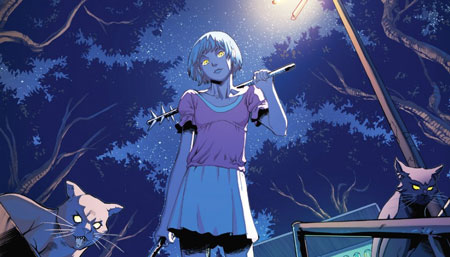 Jim Zub loves Japan. He visited twice last year, including in October for the Kaigai Manga Festa. He set his Image series Wayward in Japan; it’s drawn by Yokohama resident Steven Cummings. In this week’s show, Jim talks about the effort to make Wayward‘s Japan feel as close to the real one as possible; playing in the sandbox of Marvel’s Thunderbolts, the harsh realities of the North American comics market, making yourself known in the industry, and more.