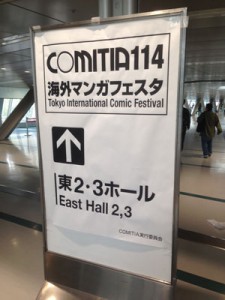 This year’s International Comics Festival (Kaigai Manga Festa) in Tokyo was bigger than ever! Plenty of familiar faces from past years gave it a sense of community (long sought by many foreign comics creators feeling rather isolated in Japan), but there were plenty of new faces, too, many of whom flew in from Europe and North America to be here. Tim once again procured a media pass and went booth-to-booth gathering interviews! Photos and Web links for all interviewees are below.