This week the guys sit down with Steve Englehart. They talk about his time at Marvel, DC and Atari. And the multiple times he “quit comics for good”. Co-creator of such characters as Kilowag, Mantis and Star Lord, Steve has had a huge impact not only on comics, but the movies his stories have inspired. What more can you say about the guy that came up with the idea of the Joker Fish? So sit back and Enjoy Steve Englehart on Super Hero speak! 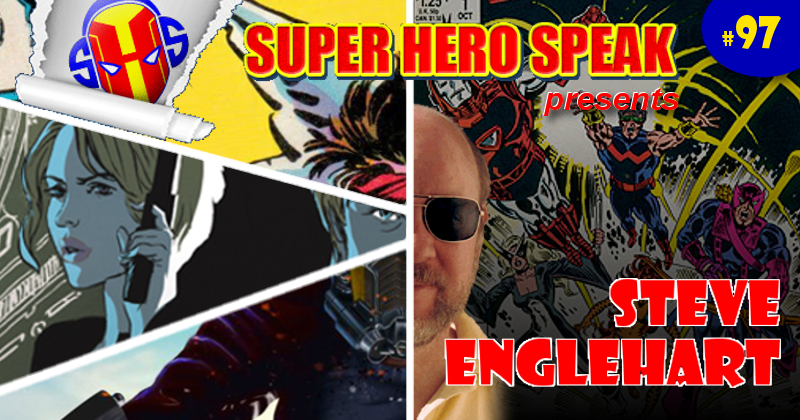 #stumpthegeekspeak question of last week: Name an actor who has played two different parts in the MCU. Hint not Chris Evans.

Answer: Enver Gjokaj played a cop in the Avengers and agent Sousa in Agent Carter

And the Winner is: Nathan Withrow, congrats you are the Geek of the Week!

#stumpthegeekspeak question of the week: Where and when was the first Star-Lord story published?