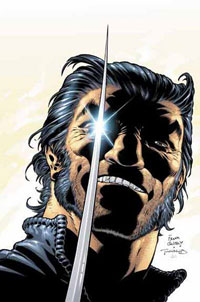 In the world of corporate comics, creators are challenged to put together a run on a given book that will stand out against everything that’s come before in that book, and leave a mark on the series that will last well beyond their run. Grant Morrison’s New X-Men run, from 2001 to 2004, met that challenge. In the ten years since he left the book, several characters and situations he set up have endured, including Fantomex, the Stepford Cuckoos, and Scott Summers’ relationship with Emma Frost. Morrison had a good handle on all his characters, old and new, and introduced the new ones in a way that made us care about them, something that certain comics writers have failed to do.

Of course, it’s not perfect. The X-men going public seemed to be the biggest event of the run — somehow overshadowing the slaughter of six million mutants on Genosha. The art was inconsistent — great when Frank Quitely was on it, but questionable some other times. This week Tim and Kumar examine Morrison’s run, particularly the initial “Cassandra Nova” arc.