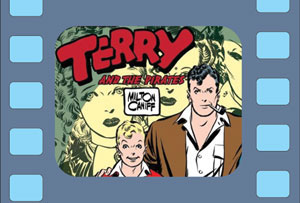 In May, comics creator and educator Ben Towle wrote a post on his blog entitled “Let’s Stop Using Film Terminology to Talk About Comics,” in which he suggested that using terms like “camera angle” and “shot” to describe comics storytelling may prevent creators from innovating new storytelling ideas that couldn’t be done in film. The post generated a fair amount of discussion around the Web (including this take on CBR).

This week, the discussion continues here on the podcast, where Ben joins Tim and Mulele to talk about what inspired the post, possible reasons why we came to use film terminology in comics contexts, whether this really hobbles comics as a medium, and what (if anything) could or should be done to improve things.