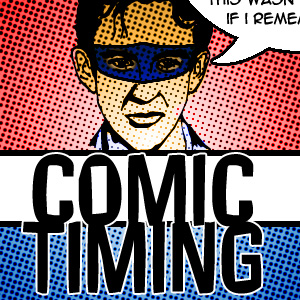 It’s been a few weeks since Brent and Ian got to talk, so they rectify that in this two-man episode! Brent gives his opinion on the X-Men: Days of Future Past movie as well as Transformers: Age of Extinction, while Ian weighs in on Edge of Tomorrow. They also discuss some stuff about the upcoming Flash CW show and what we can expect from DC’s movie slate. And hey, actual comic talk! Batman Eternal, Futures End, New Avengers, Uncanny Avengers, Sex Criminals, SEX, and a few other books are on the docket. Finally, they touch on New York Comic Con’s quick sellout of tickets, and what that might mean for the future of comic book conventions. Give it a listen!