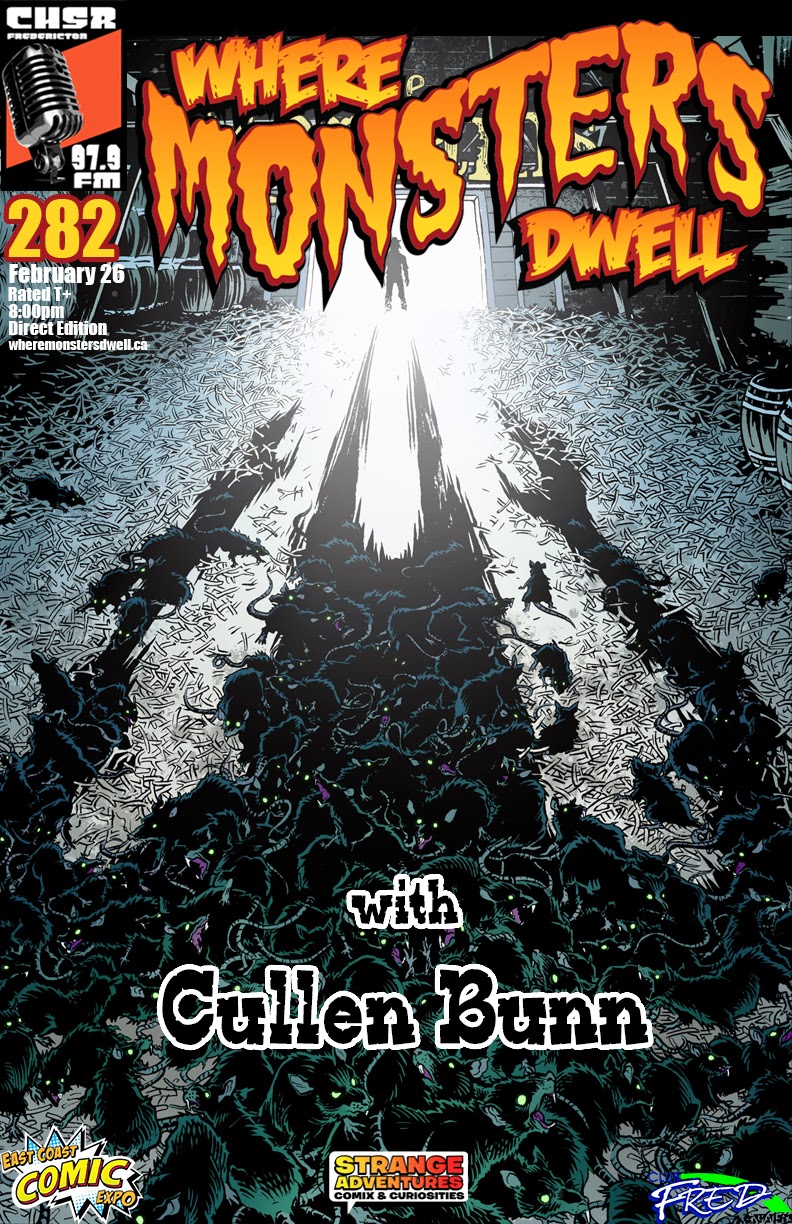 Cullen Bunn is back in the Monster Cave talking about his new book, “The Remains”, being released this week exclusively on ComiXology by MonkeyBrain Comics. You know Cullen’s work as the creator of “The Sixth Gun” and “The Damned” from Oni Press. He’s also been busy at Marvel on books like, “Deadpool Kills the Marvel Universe” and the upcoming series “Magneto”. Not to mention a new Sinestro series coming from DC Comics.

We’ll be talking to him about his new books, and what he’s been up to since we last talked.

WMD is a proud supporter of the East Coast Comic Expo happening May 17th in Moncton, New Brunswick.