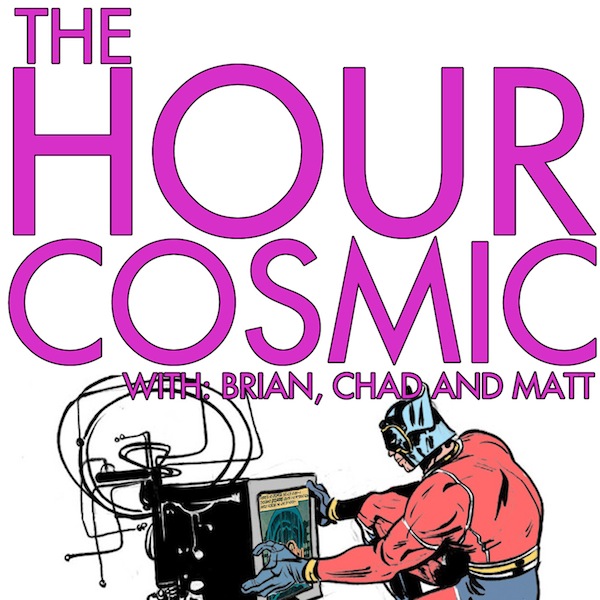 Welcome to another installment of The Hour Cosmic, your favorite comics game show! This week, our guest is writer of many comics, Christopher Sebela!

– The perks of being a co-writer!

– The Japanese film Versus! 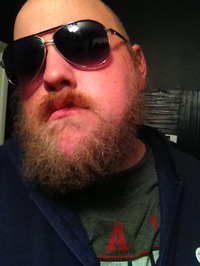 Christopher Sebela is the umpteenth Portlandian that we’ve had on the show, but we won’t hold that against him. Seemingly writing all the comics right now, he is currently the co-writer of “Ghost” for Dark Horse Comics (with friend of the show Kelly Sue DeConnick), the writer of “High Crimes” for Monkeybrain, as well as getting ready to launch “Alien Vs. Predator” for Dark Horse. He has also co-written “Fantastic Four” and “Captain Marvel” for Marvel Comics (with Matt Fraction and Kelly Sue DeConnick, respectively), and wrote “Screamland” for Image Comics. He can be found on Twitter (@xtop) and Tumblr. 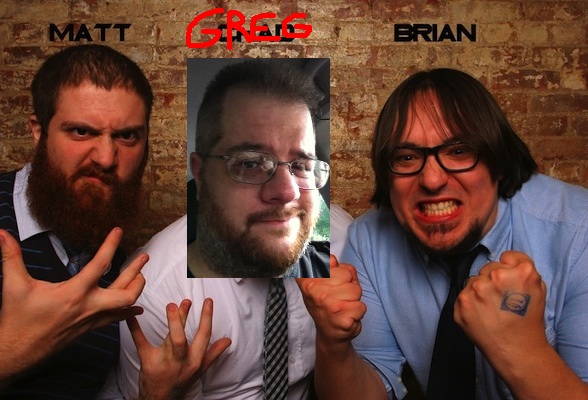 Greg Matiasevich – Marylander, the Eastern seaboard’s most notable proponent of binding comic runs, and co-host of “Robots From Tomorrow,” a fantastic podcast on the Multiversity Podcast Network, co-hosted with our pal Mike Romeo. Greg loves his 80s Marvel and has a talent for always managing to find a Saturday press pass to New York Comic Con.

You can interact with the show in all sorts of ways – first of all, please rate, review and subscribe to the show in iTunes. You can email us at thehourcosmic@tellmesomething.org. You can follow the hosts on Twitter – @gregmatiasevich, @mattisnotarobot, and @brianneedsanap – and while on Twitter, make sure to use the hashtag #TheHourCosmic – or tweet the shot directly @thehourcosmic. You can check out our website at thehourcosmic.com, as well as the websites of our corporate overlords at multiversitycomics.com and tellmesomething.org. We, like your mom and that weird kid from high school, are on Facebook, too. Our amazing announcer is Ken Beck – follow him on Twitter and check out his Tumblr. You can check out all of the other great comic shows on the Comics Podcast Network, and you can listen to us anywhere via the Stitcher app.