To continue to theme of getting things in right before the next event happens, here are a bunch of the interviews I conducted during 2012’s iteration of the New York Comic Con. Yeah, I’m aware it’s been a year, and that’s the last time that is going to happen. I’m looking to get this year’s stuff out no later than two to four weeks after the convention, so stay tuned for that. The interviews you will hear are as follows:

We are also sponsored by New York Comic Con! The NYCC Live Stream is back. In partnership with Twitch.TV, NYCC will be streaming live from the Main Stage, Empire Stage and Show Floor all weekend long! Be sure to check out both channels this year for the most exclusive, behind-the-scenes content from NYCC 2013, the Best Four Days of the Year.

Be sure to check out Comic Timing in the Podcast Arena at this year’s show. Ian will be at Booth AA7 along with The Multiversity Podcast. Here’s a basic layout of where that will be: 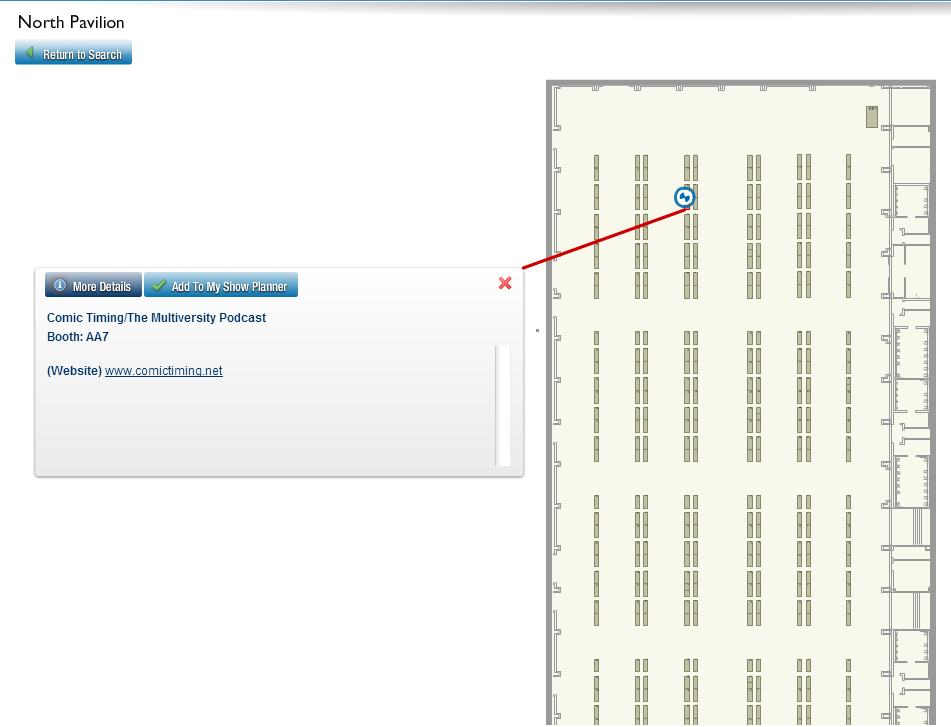 Ian looks forward to meeting you, and we thank New York Comic Con for their sponsorship of the podcast.