Welcome to another installment of The Hour Cosmic, your favorite comics game show! This week, our guest is artist, Ottowan, and raconteur Tom Fowler!

-The greatest Luke Cage quote of all time!

Tom Fowler is the artist of “Quantum and Woody” for Valiant Comics. Tom has drawn for just about every publisher under the sun, including working for “MAD Magazine” and contributing to great runs on “Venom” and “Green Arrow.” With friend of the show Jeff Parker, Tom drew “Mysterius” for WildStorm, and he recently contributed to the Kickstarter funded “Thrilling Adventure Hour” comic and the Indiegogo funded “True Patriot” as well. You can follow him on Twitter, check out his website, his Tumblr, as well as his Dungeons & Dragons sketch blog, D&D&D (not necessarily sketches of D&D characters – sketches he does while playing D&D). 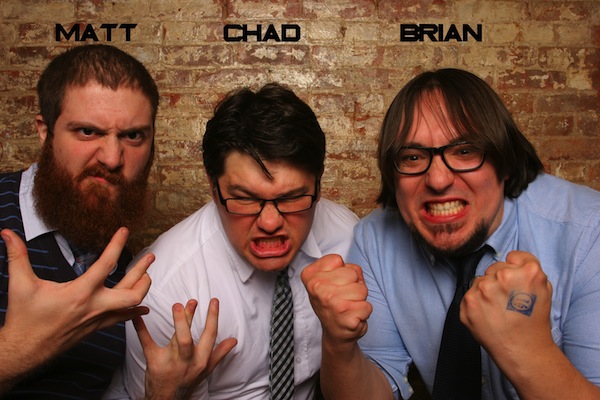 You can interact with the show in all sorts of ways – first of all, please rate, review and subscribe to the show in iTunes. You can email us at thehourcosmic@tellmesomething.org. You can follow the hosts on Twitter – @chadbowers, @brianneedsanap, and @mattisnotarobot – and while on Twitter, make sure to use the hashtag #TheHourCosmic – or tweet the shot directly @thehourcosmic. You can check out our website at thehourcosmic.com, as well as the websites of our corporate overlords at multiversitycomics.com and tellmesomething.org. We, like your mom and that weird kid from high school, are on Facebook, too. Our amazing announcer is Ken Beck – follow him on Twitter and check out his Tumblr. Our super cool logo is by Tim Daniel – please check out his comic, “Enormous.” You can check out all of the other great comic shows on the Comics Podcast Network, and you can listen to us anywhere via the Stitcher app.