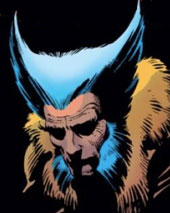 Yet again, Kumar and Dana go all nationalistic to discuss another Canadian icon: the best there is at what he does, th’ ol’ Canucklehead, Wolverine, bub. First on the chopping block is Wolverine (1982) by Chris Claremont and Frank Miller, a comic which tries to not be paint-by-numbers, but ends up being little else. And, Barry Windsor-Smith’s Weapon X, which was apparently spawned from a universe in which neither paint nor numbers exist.