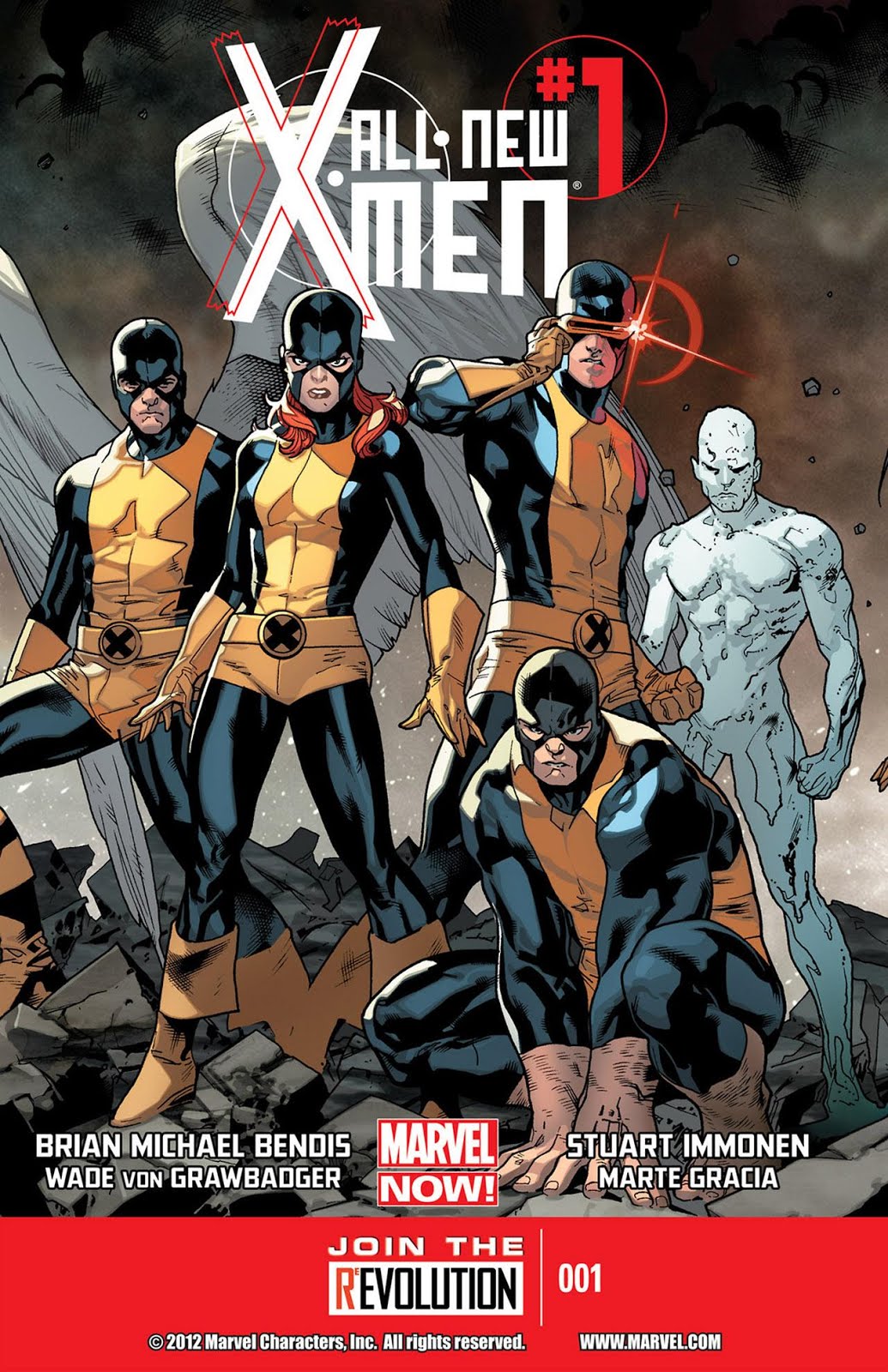 2) Update with the guys

All-New X-Men (2012) #1
Rating:
Rated T+
Price:
$3.99
The Story: Marvel Now! The five original X-Men have been plucked from yesteryear and sent to the present. How will they deal with the current state of Xavier’s dream, and how will today’s X-Men cope with facing their former selves?

The X-Men are a group of superheroes in the Marvel Comics universe. The monthly X-Men comic book debuted in 1963, along with the team itself. That series is now titled Uncanny X-Men and is best known by that name. Due to the X-Men’s immense popularity, Marvel has launched dozens of spin-off series, called “X-Books,” throughout the years.
Like Uncanny X-Men, most X-books feature mutants, human beings born with extraordinary powers due to a quantum leap in genetic evolution. Some X-Books feature mutant superhero teams while others feature solo adventures of characters who became popular in Uncanny X-Men or another X-Book. Occasionally, X-Books use mutants as a metaphor for racial, religious and other minorities oppressed by society.
For the purpose of this list, “X-Men Comics” will be defined by the following criteria: