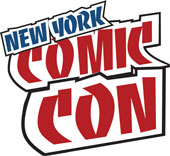 Mulele is back from New York Comicon! While he can’t talk about what might have transpired in terms of getting work (which is a whole lot better than saying “nothing happened”!), he has plenty to say about the experience of being there & his impressions of the comics industry, how his thoughts about it changed, and about New York, the city.

While at the con, he ran into Jordan Kotebue, creator of Hominids, who Tim met at Emerald City 2011. Tim calls him up this week to catch up on his progress, including how our own critique of Hominids changed his approach to the comic.