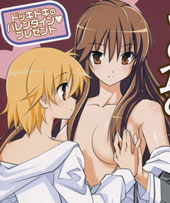 Last December, we discussed a law that had just been passed in Tokyo to limit access by minors to manga and anime showing certain sexual acts. Now the law has gone into effect: what’s changed? What’s covered and what isn’t? What effect does the law have on what’s published, or what’s sold in other parts of Japan? This week Mulele and Tim talk to perhaps the most authoritative English-speaking voice on this topic, Dan Kanemitsu a manga translator who has helped to bring international attention to Tokyo’s Bill 156. A very educational discussion about Japan, child porn, and manga publishing ensues.

U.S. Embassy in Japan on child pornography and manga/anime: Spring 2008

Pornography, Rape, and Sex Crimes in Japan by Milton Diamond and Ayako Uchiyama