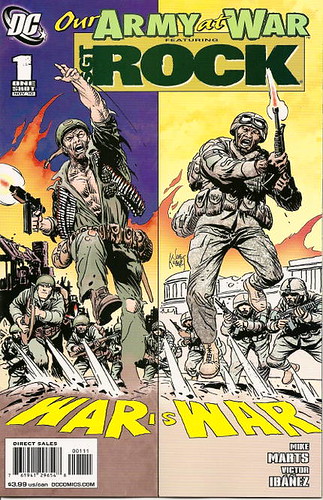 It doesn’t happen often, but occasionally we have a guest on CBP. This week we were fortunate enough to have our friend and fellow podcaster, Nick Marino, on the show.

Be warned, this episode has some explicit language and goes a little longer than usual, clocking in at slightly over an hour and a half. In between some random conversation, we manage to talk about Amazing Spider-Man #642, Baltimore The Plague Ships #1, King! #1, The Last Days of American Crime #3, Our Army At War featuring Sgt.Rock One-Shot, and Thor The Mighty Avenger #4.