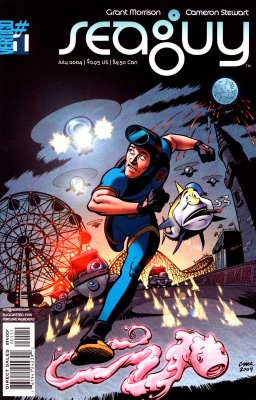 So far, 2010 has not been kind to us at Comic Book Pitt. First there were illnesses, now there’s blizzards. We’re trying our best to get new episodes recorded, but in the meantime, this is the perfect opportunity to introduce our new mini-show, Back Issue Pitt!

Back Issue Pitt is just what it sounds like; we’ll be talking about an old mini-series or a run of issues for a title that we’ve never read before. It may be a story that was huge or one that no one’s heard of.

(Also, if this recording sounds a little off in places, it’s because I experimented with recording on my iPod.)

This episode’s music is by Frank Sinatra.

Comic Book Pitt can be found on iTunes and is a proud member of the Comics Podcast Network.