IDW released Harlan Ellison’s second draft of his script that became the episode City on the Edge of Forever from the original Star Trek television series. Join Dylan and John as they discuss the comic adaptation of Harlan’s original vision for the story and how it compares to the episode we saw on TV back in the 60s. What parts of the original story did you like better than what we saw on TV? What did you think the TV show did better? Let us know your thoughts so we can share them on a future episode. 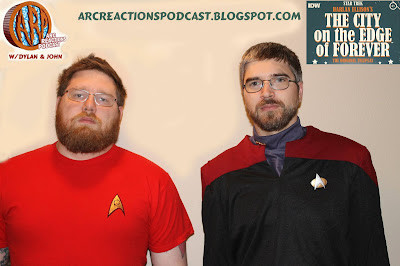 Our next episode will be Batgirl: A Knight Alone for Bat Books For Beginners on September 15th.

Join Michael Bailey and Scott H. Gardner as they travel ‘Back to the Bins’ to examine the life and publishing history of the character Marvel Comics once called “the FIRST and GREATEST superhero of them all!”